Thousands of Israeli protesters demand Netanyahu to step down 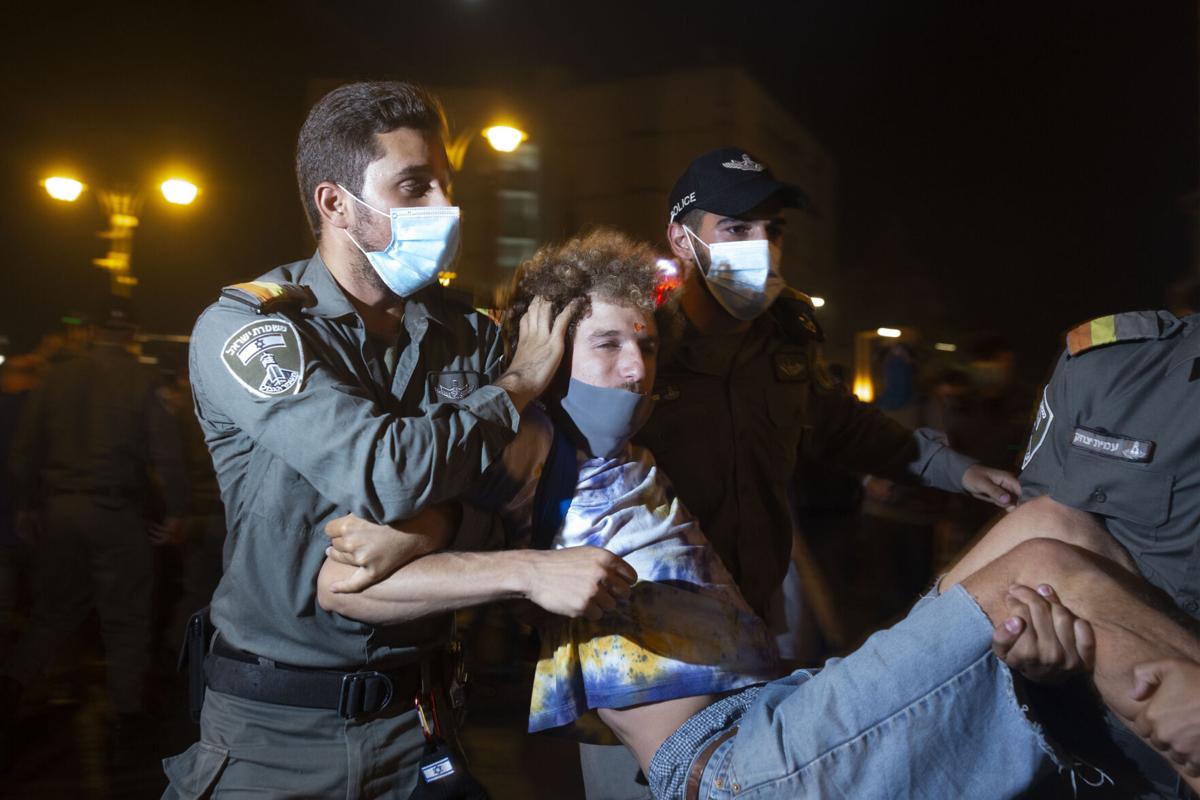 Israeli police drag a protester as they clear the square outside of Israeli Prime Minister Benjamin Netanyahu's residence in occupied Jerusalem, August 29, 2020

Protests also erupted in other areas in Israel, including at junctions and overpasses and outside Netanyahu's private house in the seafront town of Caesarea.

At the main rally in Jerusalem, protesters gathered at the entrance of the city and marched to Netanyahu's official residence, holding Israeli flags and black flags symbolizing one of the protest movements.

Some of the placards waved by the protesters read: "Enough with Division!" and "This is not politics, this is crime".

Last year Netanyahu was charged with bribery, fraud and breach of trust in three long-running corruption investigations. Many protesters say he should not serve as a prime minister at a time when he is on trial for serious charges.