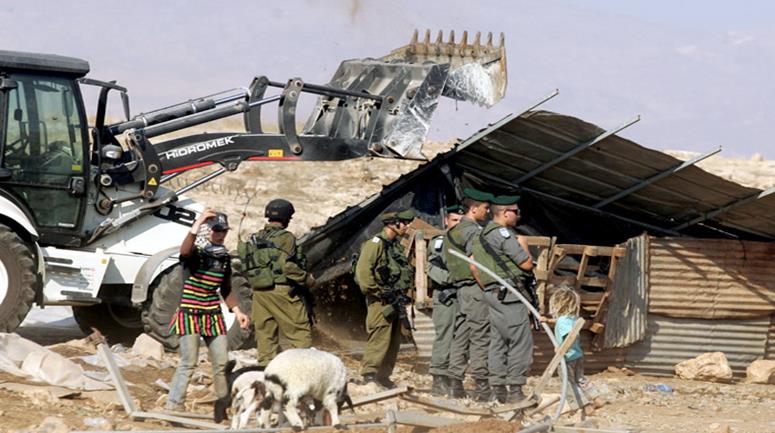 He said the army demolished a room that was used as a shelter by Khalil Nawajeh and his family and razed land near the illegal settlement of Sossiya owned by the Shawaheen family.

Israel is trying to empty this land of its Palestinian residents for the benefit of its illegal settlement expansion.

It has demolished 381 structures in the West Bank, displacing 396 people since the start of this year, according to the United Nations humanitarian organization OCHA.