In a show of solidarity, Palestine Broadcasting Corporation building in Ramallah lit with the Lebanese flag 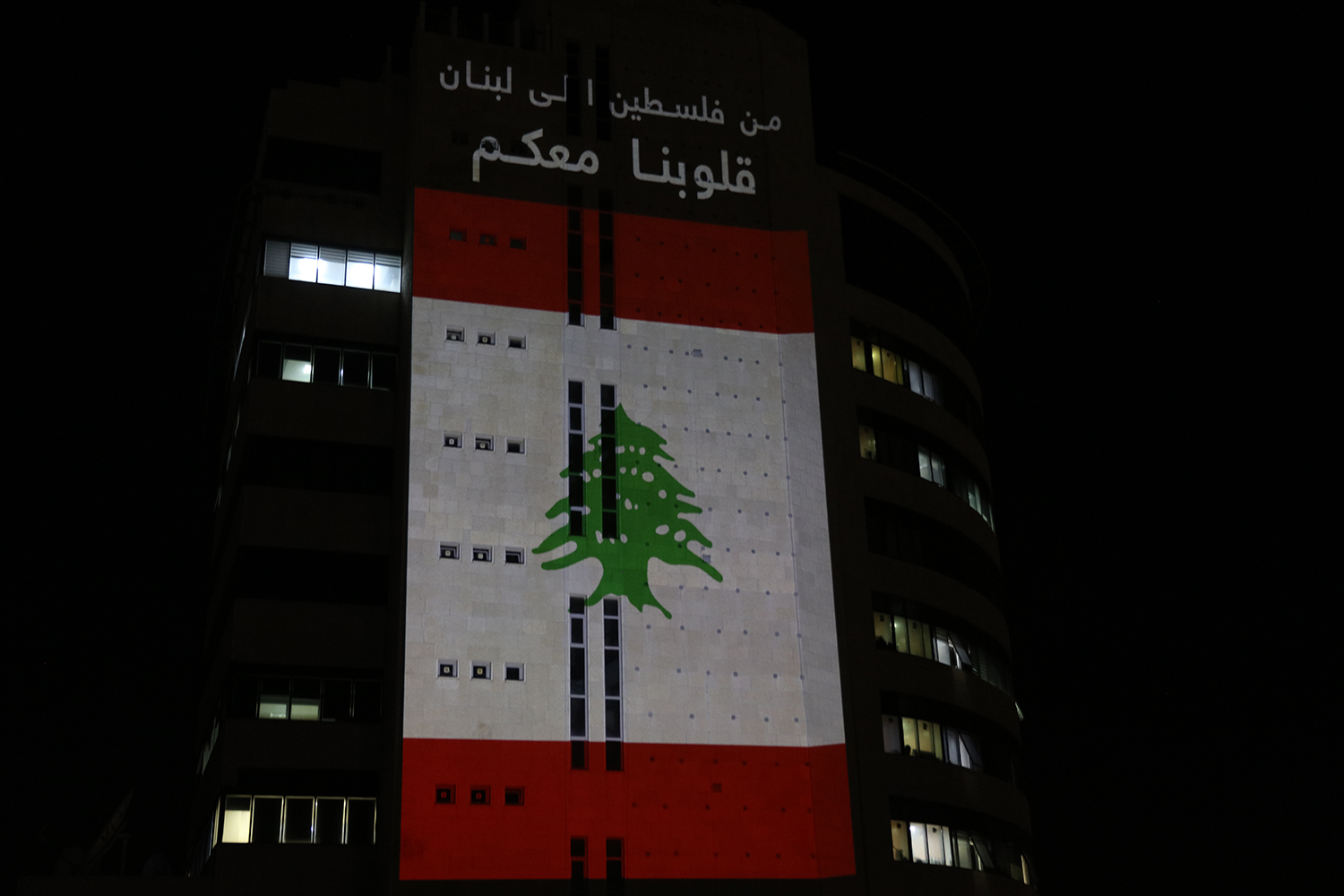 The Lebanese flag lit on the headquarters of the Palestine Broadcasting Corporation in Ramallah in solidarity with the Lebanon. (WAFA Images / Hamza Shalash)

RAMALLAH, Thursday, August 6, 2020 (WAFA) – In a show of solidarity with Lebanon, the Ramallah headquarters of the Palestine Broadcasting Corporation (PBC) was lit last night with the Lebanese flag and the phrase "From Palestine to Lebanon, our hearts are with you."

Ahmad Assaf, the General Supervisor of Official Media, said on this occasion that lighting its headquarters in Ramallah “is a message of love and solidarity with the brothers in Lebanon, and an expression of the depth of the historical brotherly relations between the two countries and the Palestinian and Lebanese peoples.”

Assaf extended his condolences and sympathy to the government and people of Lebanon, and for the victims of the massive explosion in Beirut harbor which claimed lives of more than 130 people and thousands of injuries, as well as extensive damage to buildings.

President Mahmoud Abbas had expressed his condolences and solidarity with the Lebanese leadership and people and declared a one-day mourning yesterday.