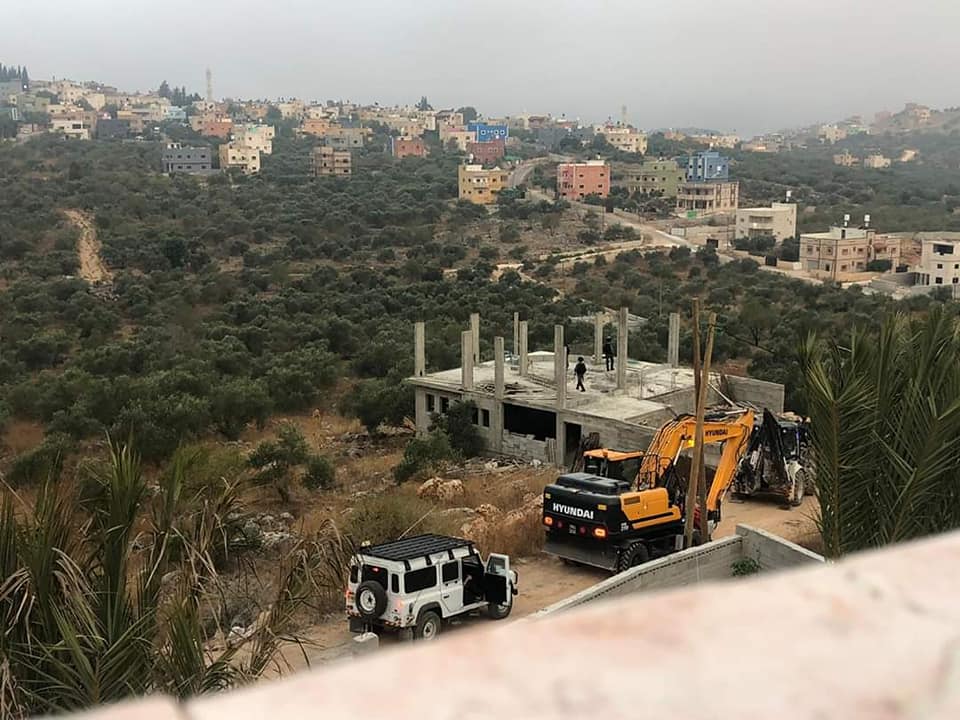 The house owner, identified as Radi Meri, said Israeli soldiers and officers of the so-called Civil Administration, an arm of the Israeli military government, secured the area before a bulldozer proceeded to tear down his 180-square-meter house, which was under construction, purportedly for being built in Area C without a permit.

He added that the demolition was carried out four months after he received a military demolition order.

Meanwhile, Qarawet Bani Hassan Municipality said that it managed to secure with the assistance of the Jerusalem Legal Aid and Human Rights Center (JLAC) an Israeli court injunction preventing the soldiers from proceeding with the demolition of the Meri house and three other houses in the same area.

It added that the Meri house was already demolished by the time the court order was issued but that the three other houses were spared demolition for the time being.

The houses were being built in Area C, which falls under full Israeli military control.

Israel denies planning permits for Palestinians to build on their own land or to extend existing houses to accommodate natural growth, particularly in occupied East Jerusalem and Area C, which constitutes 60 percent of the area of the occupied West Bank and falls under full Israeli military rule, forcing residents to build without obtaining permits to provide shelters for their families.