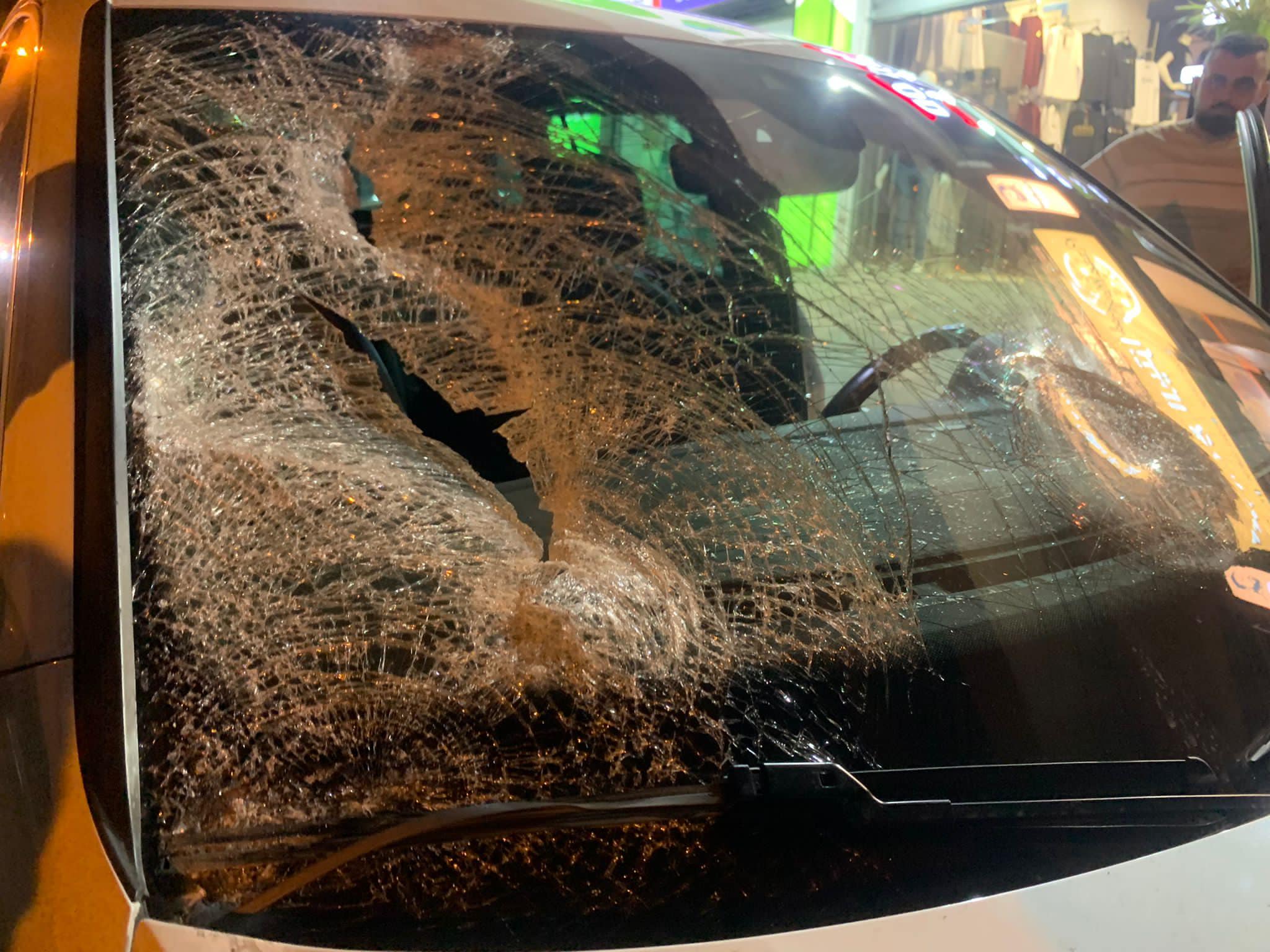 Sameh Erman's vehicle in the aftermath of the attack by settlers

RAMALLAH, November 24, 2022 (WAFA) – Extremist Israeli settlers attacked Palestinian vehicles with stones tonight in the area of Wadi ad-Delb, to the west of Ramallah in the central West Bank, causing damage to some of them, according to local sources.

Sameh Erman, a Palestinian driver, told WAFA he was surprised by a group of Israeli settlers blocking the road ahead of him and attacking his vehicle with stones, causing damage to his vehicle. Erman himself was miraculously not injured in the attack.

He said the attack shattered the front windshield of his vehicle and scattered glass fragments in the interior of the car, pointing out that the settlers were hiding behind cement cubes placed by the Israeli occupation forces on the road.