PM Shtayyeh after a visit to besieged Nablus: Collective punishment against Palestinian people is unacceptable 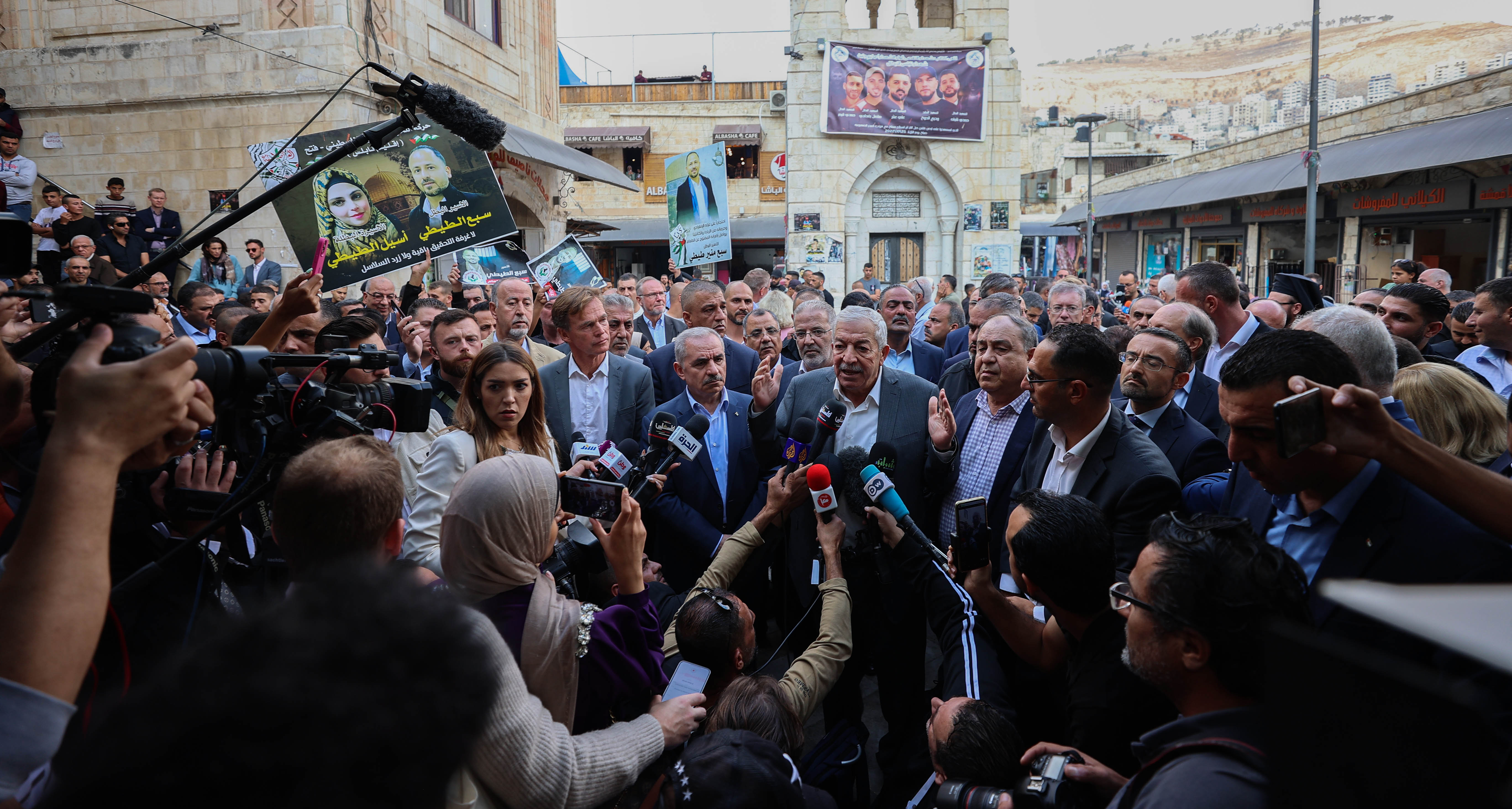 PM Mohammad Shtayyeh with the foreign diplomats in a visit to Nablus. (WAFA Images)

NABLUS, Thursday, November 3, 2022 (WAFA) - Prime Minister Muhammad Shtayyeh said today after a tour with foreign diplomats to the Israeli-besieged city of Nablus in the north of the West Bank that collective punishment imposed by Israel against the Palestinian cities and people will not be accepted or tolerated.

"We are in Nablus, accompanied by 30 ambassadors from around the world, to stress an end to the occupation and for its demise, and to reject collective punishment against our people,” he said at a press conference following a tour of the town with European, American, Latin American and Arab ambassadors and consuls.

He said that they held a number of meetings in Nablus and the common message was resilience despite all the difficulties and ending the Israeli siege on Gaza and West Bank cities.

Shtayyeh stressed that the international community must provide protection for the defenseless Palestinian people, implement United Nations resolutions, and stop the occupation and its crimes.

He also stressed that the Israeli elections did not bring a partner for peace, but rather a government of extremists.

Tweeting on the visit to Nablus, the German Representative in Ramallah, Oliver Owcza, said that he joined EU Palestinians’ partners and Shtayyeh in a full-day visit to Huwara and Nablus.

“In meetings with affected residents, business and civil society leaders, we witnessed the severe humanitarian, economic and political impact of settler violence and undue blockades,” he wrote.

Israel today ended the siege on Nablus imposed since October 13 during which all access roads into the major West Bank city were blocked by military checkpoints, dirt mounds, cement cubes, and iron gates, and the movement of tens of thousands of people was highly curtailed.