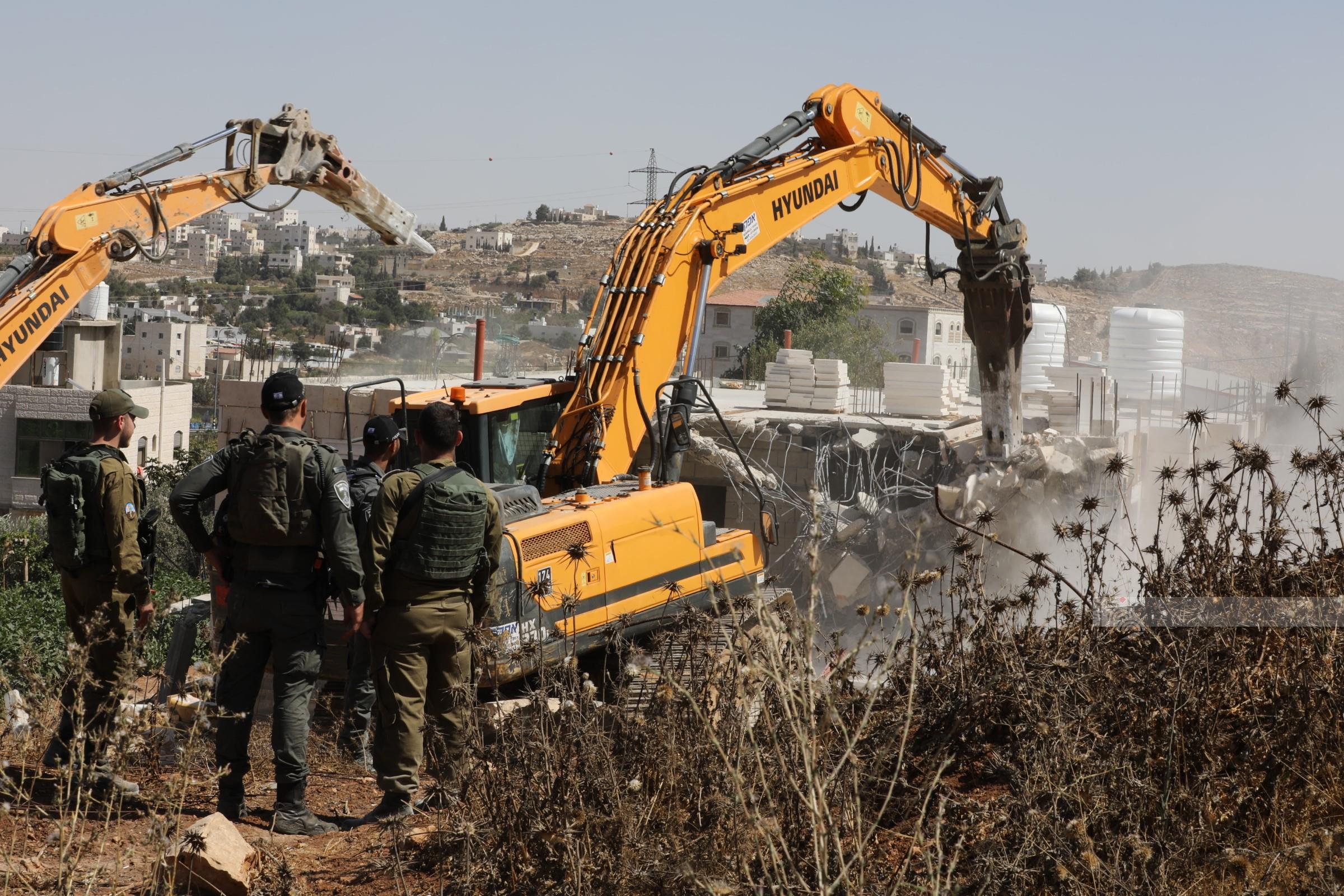 HEBRON, Monday, October 3, 2022 (WAFA) – The Israeli occupation forces today demolished a Palestinian-owned two-floor house in the village of Beit Einun, to the east of the occupied West Bank city of Hebron, displacing 11 people, according to the house owner Hisham Eideh.

He told WAFA that the Israeli forces demolished his two-story, 210-square-meter house where one of his sons, his wife, and five young children live on one floor, and another son, his wife, and two children were about to move into the second floor as it was in the final stages of construction.

The house is located near a main north-south bound bypass road, known as road 60, in an area Israel considers Area C, which is under its full military control.