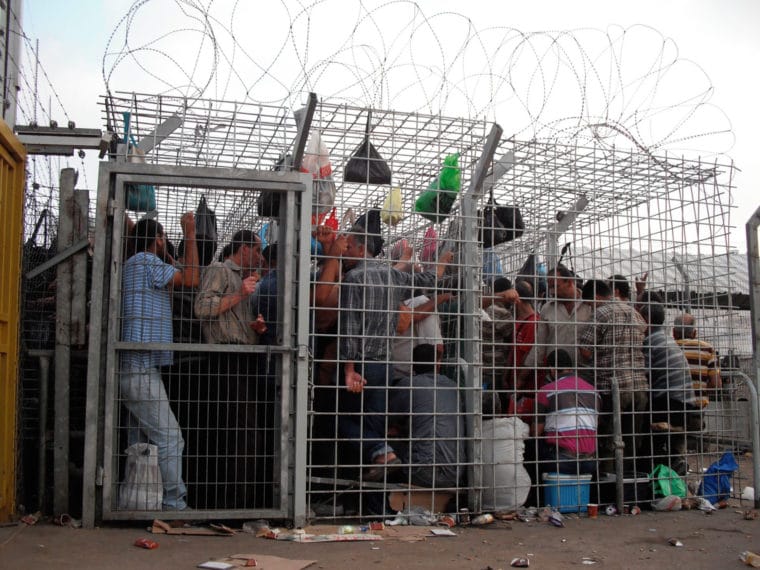 Palestinian workers cramped into a narrow passage as they try to cross into Israel to reach their workplaces.

They told WAFA said that Israeli soldiers manning the al-Dhahiriya crossing checkpoint, known as Meitar checkpoint that leads into Israel, opened fire at Palestinian workers as they tried to reach their workplaces inside Israel, hitting two in their lower extremities.

The two, who were taken to hospital inside Israel, were identified as from the Hebron district.

The Israeli government recently gave the army and police the right to open fire at Palestinians at will, including shoot-to-kill, without having to worry about repercussions. Several Palestinians were killed as a result, including workers trying to cross the separation barrier seeking work inside Israel.