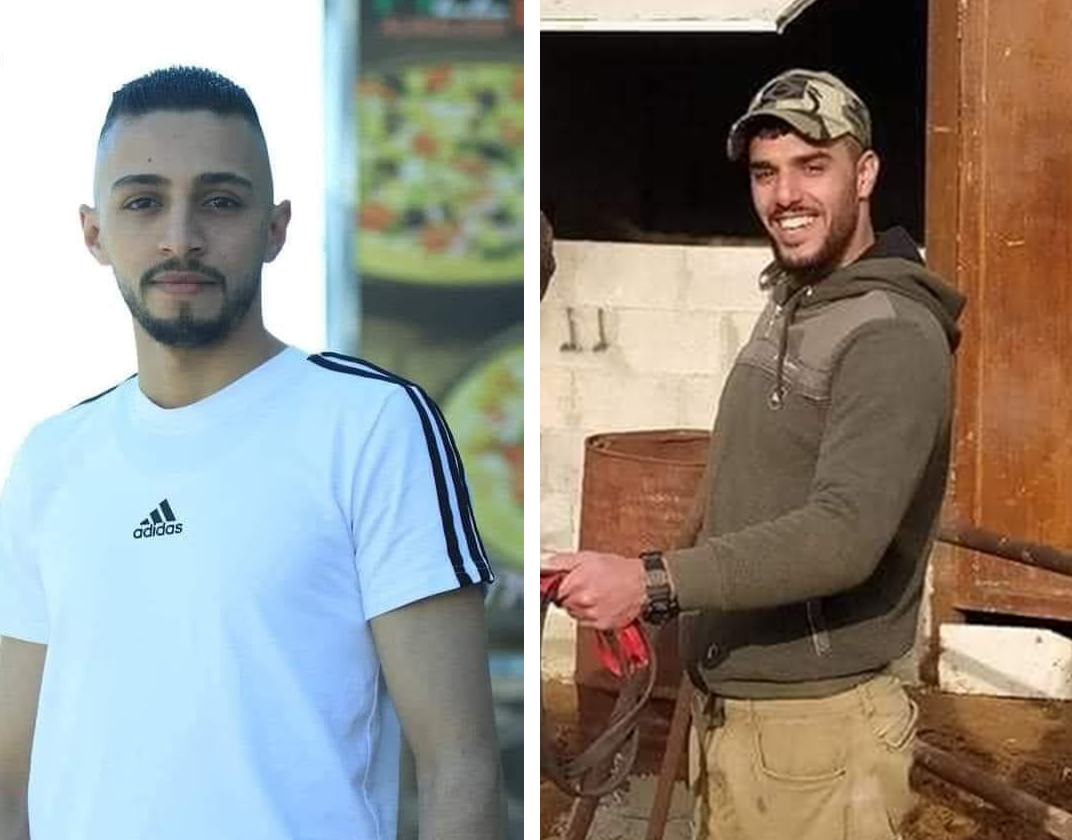 The Ministry of Health identified the two martyrs as Mohammad Bashar Azizi, 25, and Abderrahman Jamal Soboh, 28.

NABLUS, Sunday, July 24, 2022 (WAFA) – Two Palestinians were shot dead last night and ten others wounded, one of them seriously, in a raid by Israeli occupation forces on the city of Nablus, north of the occupied West Bank, according to medical sources.

WAFA correspondent said an Israeli army force stormed Al-Yasmina neighborhood in the Old City of Nablus after midnight and cordoned off a house, before embarking on bombing the house with explosives and gunfire killing two Palestinians. The Ministry of Health identified the two as Mohammad Bashar Azizi, 25, and Abderrahman Jamal Soboh, 28.

Ten other Palestinians were also injured, one of them seriously hit by a bullet in the head, in clashes which erupted in the area in the aftermath of the Israeli attack.

The Palestinian factions in Nablus announced a one-day general strike in the city in honor of the two slain Palestinian young men.