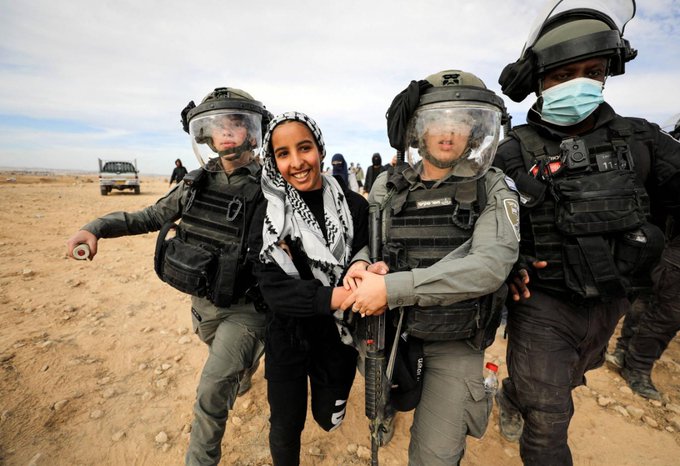 They said that Israeli forces rounded up a Palestinian after storming his family house in Beitin village, east of the city of Ramallah.

The soldiers also detained another after breaking into and ransacking his family house in al-Mazra‘a al-Sharqiya town, northeast of the city.

Meanwhile, hostile armed Israeli police rounded up six others from the East Jerusalem neighborhood of al-Issawiya.

A sizable police force closed all the entrances to al-Issawiya and smashed the windshields of some of the vehicles there as a helicopter flew above, surveilling each move of the neighborhood’s residents.

They brutally assaulted at least one resident, leading him to be rushed to a hospital.

In the northern West Bank, the sources confirmed a raid into Tell town, west of the city of Nablus, resulting in the detention of another.

In Tubas district, gun-toting soldiers showed up at two houses in Tammoun town, south of the city, muscled inside, conducted a thorough search and eventually detained two others.

In Tulkarm district, the soldiers barged their way into Nur Shams refugee camp and rounded up another.

The sources confirmed that a former prisoner was rounded up from the northern West Bank city of Tulkarm.

Similar raid were reported in Shufa village, northeast of the city, and Ramin town, east of the city, where soldiers forcibly entered and ransacked several houses, turning them upside down.