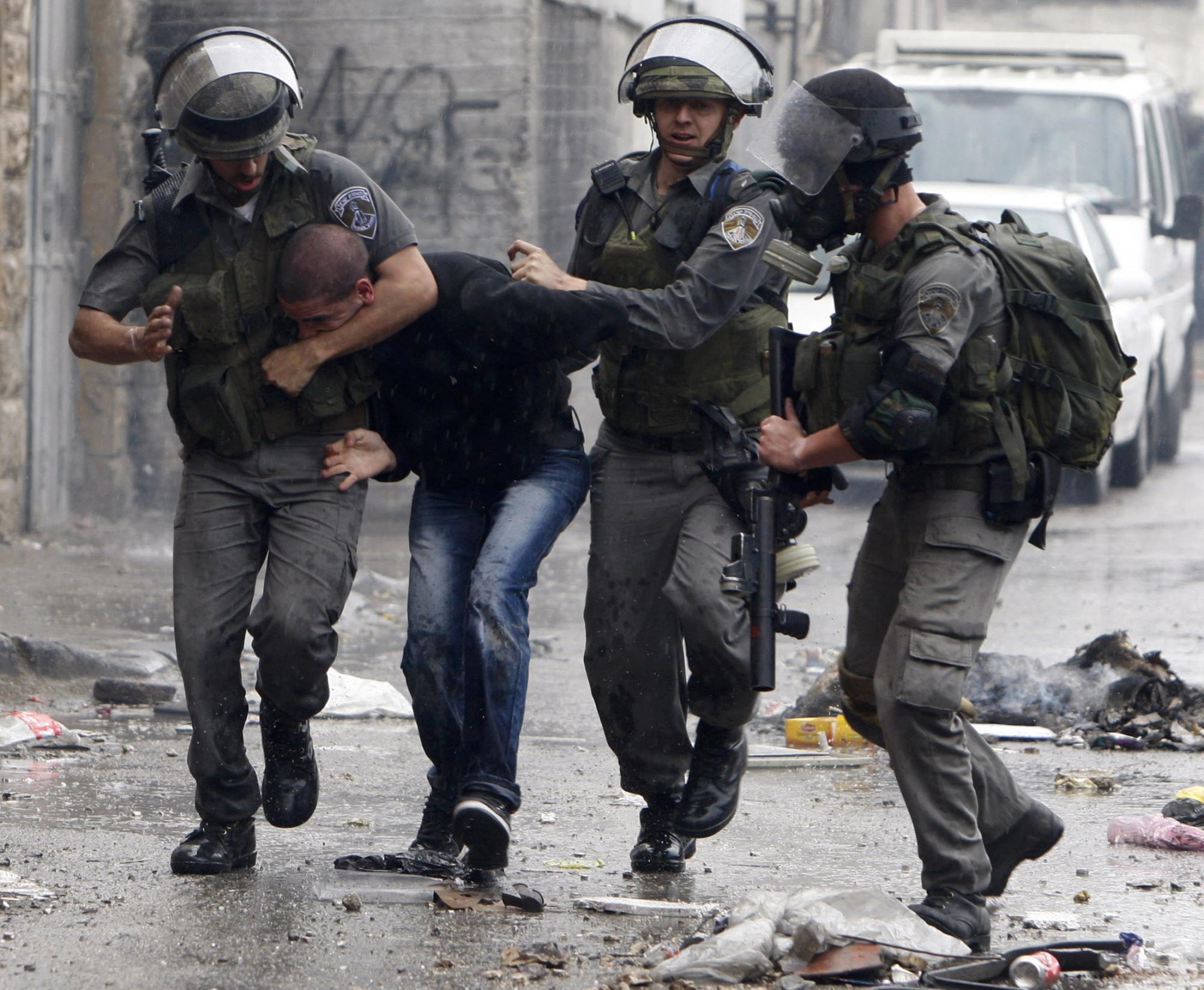 RAMALLAH, Tuesday, May 17, 2022 (WAFA) – Israeli forces Tuesday overnight detained at least 16 Palestinians from various parts of the West Bank, according to local and security sources.

They said that Israeli forces rounded up a Palestinian after breaking into his parents’ house in Misilyah village, south of the northern West Bank city of Jenin.

They also rounded up three other and ransacked the houses of their families in Barta'a town, west of Jenin.

Another from Silat al-Harithiya village, northwest of the city, was detained while crossing al-Karameh border crossing, also known as Allenby, between Jordan and the West Bank on Monday evening.

Still in the northern West Bank, several military vehicles stormed al-Far‘a refugee camp, south of Tubas, where the soldiers rounded up two others.

The raid triggered violent confrontations, which saw the soldiers firing stun grenades and rubber-coated steel bullets towards local young men. No injuries were reported though.

The sources confirmed a similar raid in Qalqiliya city, resulting in the detention of four others, all in their 40s.

In Salfit district, the heavily-armed soldiers barged their way into Qarawat Bani Hassan town, northwest of the city, and rounded up another.

In the southern West Bank, the soldiers showed up at a house in Dheisha refugee camp, south of Bethlehem, muscled inside and detained another.

They also detained two others, including one in his 50s, after storming and thoroughly searching their houses.

The soldiers conducted a raid in Husan village, west of Bethlehem, ransacked a house and confiscated the recordings of surveillance cameras.

In Hebron district, gun-toting soldiers detained another from Halhul town, north of the city.

They also arrived at Beit Ummar town, north of Hebron, surrounded a number of houses, muscled inside, and assaulted the residents with dogs, as reported by local activist Mohammad Awad.

During ensuing confrontations, the soldiers opened fire towards the residents’ houses and local young men attempting to block their passage, causing dozens to suffer from tear gas inhalation.

All the suffocation cases were treated at the scene.