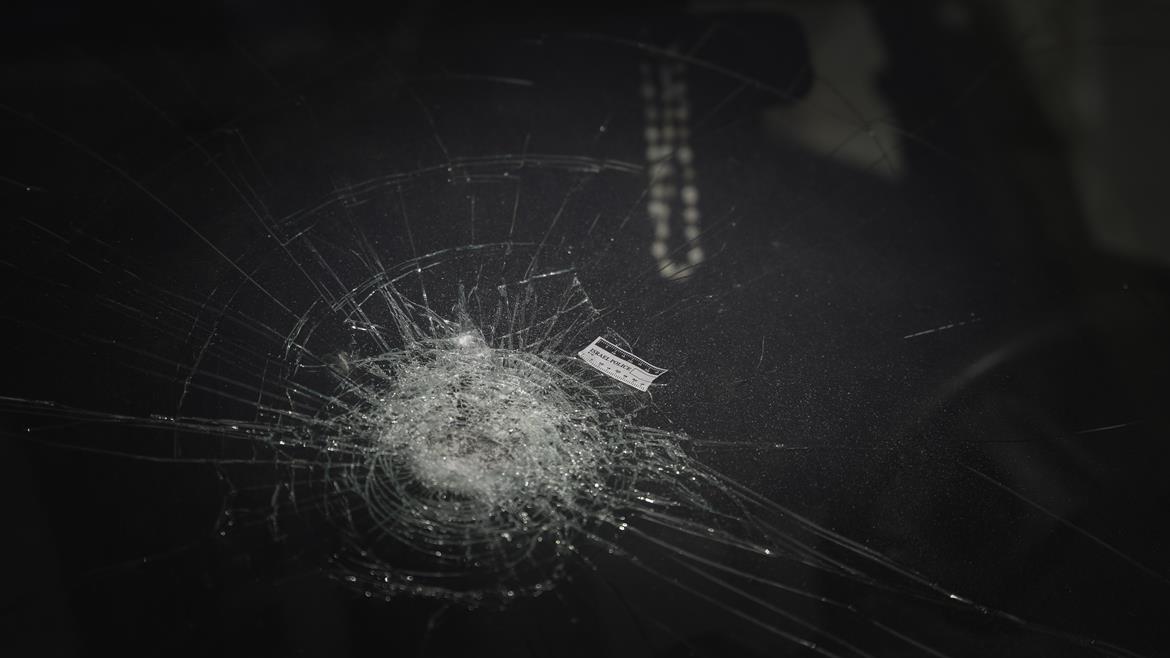 RAMALLAH, Friday, April 08, 2022 (WAFA) – A number of Palestinian vehicles were vandalized Friday overnight in a new wave of Israeli settler attacks across the West Bank, according to local and security sources.

In the central West Bank, settlers, under military protection, congregated at Ein Ayyoub Road close to Kharbatha Bani Harith village, west of Ramallah, intercepting and hurling stones at Palestinian commuters, causing damages to some of them.

Over 20 settlers attacked a vehicle travelling on the Nablus-Ramallah Road, close to Silwad town, east of Ramallah, pelting it with stones and empty bottles and causing damages to it, as reported by Hatem Dhiyab, a resident of the Jenin-district town of Kafr Ra'i.

Dhiyab added that his son, Sayf, who was driving the vehicle, was scared and panicked as he speeded to Ramallah without sustaining any injury.

In Nablus district, settlers attacked vehicles close to the colonial settlement of Yitzhar, built on the lands of a cluster of villagers, south of Nablus, smashing the windshields of several vehicles.

Similar attacks were confirmed near the entrance of Beit Furik town, east of Nablus, causing damages.

In Bethlehem district, a group of settlers blocked off the Jerusalem-Hebron Road, also known as Road 60, close to the colonial settlement bloc of Gush Etzion.

The recent uptick of settler attacks has prompted the European Union to call on Israel to take measures to protect the Palestinians, expressing its concern about the increasing violence of Israeli settlers in the West Bank

From the beginning of this year until 21 March, Israeli settlers carried out 128 attacks in the West Bank, 113 of which caused property damage and, in 15 of them, Palestinian were injured, according to the UN.