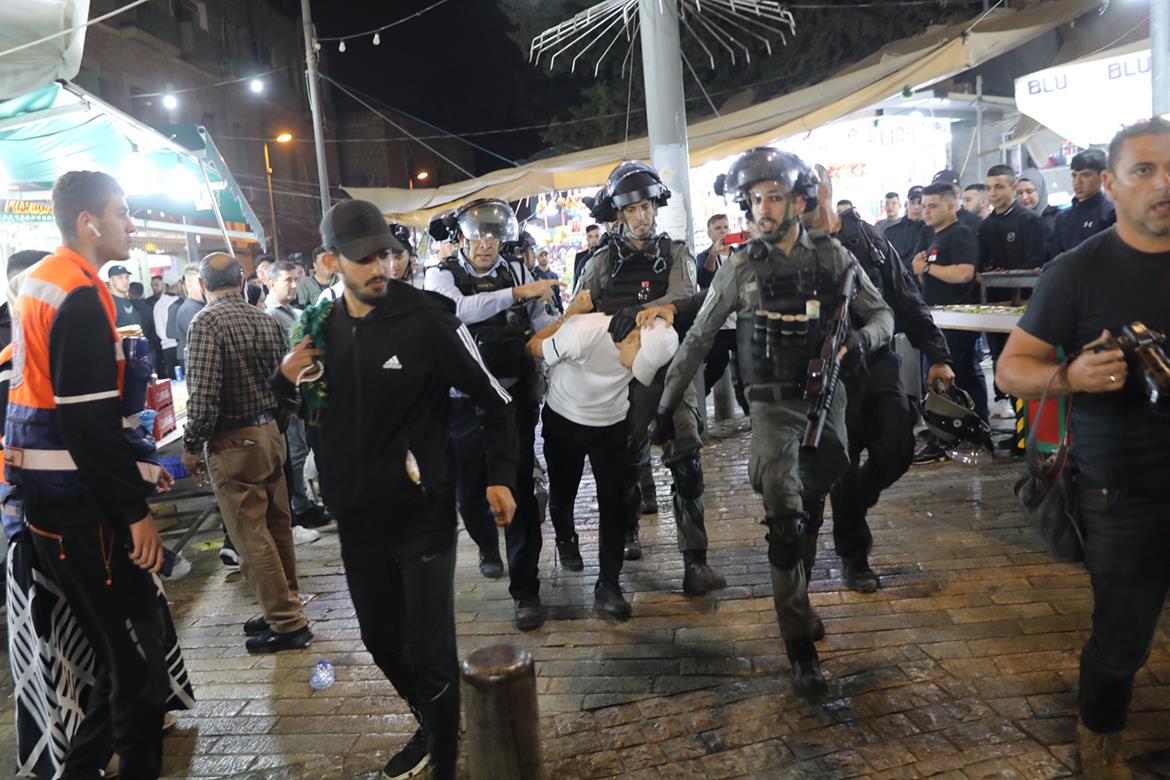 JERUSALEM, Wednesday, April 06, 2022 (WAFA) – For the fourth consecutive night, Israeli police Tuesday night cracked down on Palestinians who gathered at Bab al-Amoud in the occupied city of East Jerusalem, according to WAFA correspondent.

She said that heavily-armed police officers used rubber-coated steel bullets, stun grenades and batons to disperse Palestinians who gathered at Bab al-Amoud, also known as Damascus Gate, one of the main gates of the Old City of Jerusalem.

Police were heavily deployed at Bab al-Amoud and along the way to Bab al-Sahira, also known as Herod’s Gate, in addition to Sultan Suleiman and al-Rasheed Streets, Nablus Street and al-Musrara area, triggering renewed confrontations.

12 Palestinians were detained in the course of the confrontations.

Palestinian Red Crescent confirmed that its medics provided treatment for at least an injury at Bab al-Amoud.