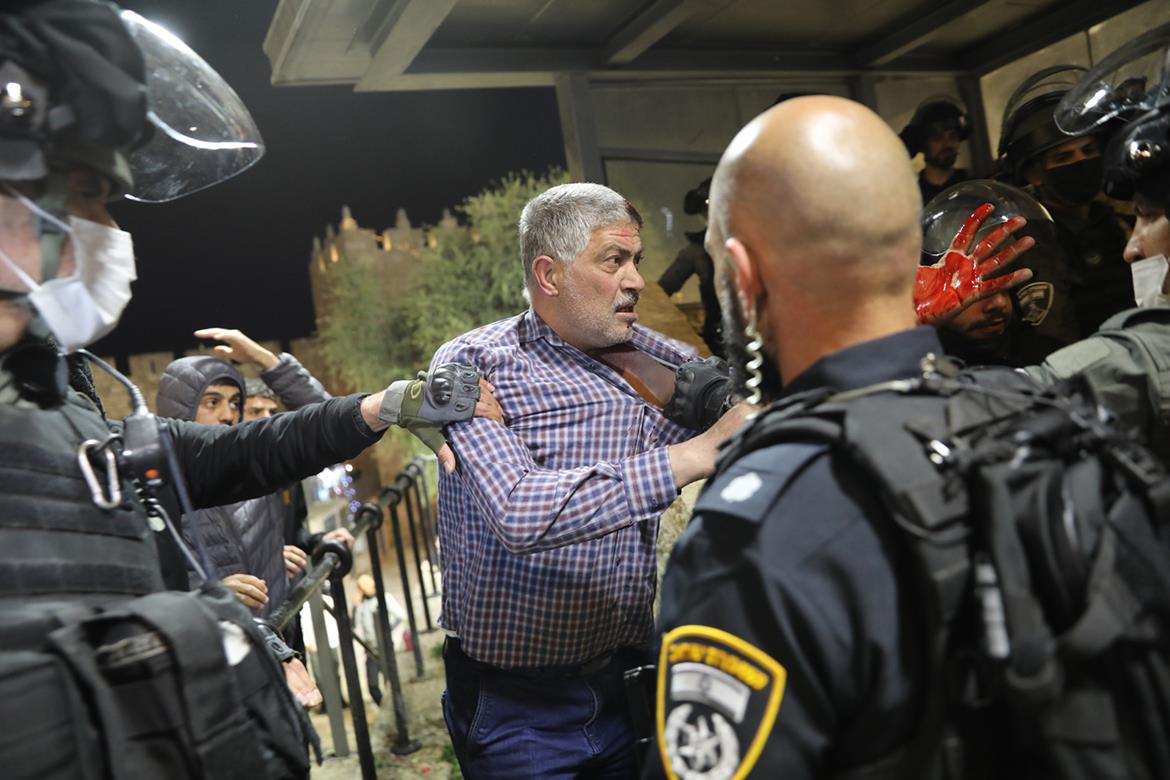 JERUSALEM, Monday, April 04, 2022 (WAFA) – Israeli police last night detained 13 Palestinians and injured some 20 others in the occupied city of Jerusalem, according to WAFA correspondent.

She said that Israeli police attacked Palestinian youths who gathered at Damascus Gate, one of the main gates leading into Jerusalem’s Old City, which is something the city’s Palestinian residents do on Ramadan nights after the late-night prayer at Al-Aqsa Mosque.

The confrontations started, she added, after police intensified their presence in the area and placed barriers on both sides of the Damascus Gate plaza on the first day of the holy month of Ramadan.

Police beat up and detained some 10 Palestinians as they attacked the youths to force them to leave the area, including an elderly man who sustained a head injury after being beaten up by the police.

At least 19 Palestinians were injured, according to the Palestine Red Crescent Society.

Four of the injuries were rushed to hospitals, and the others were treated at the scene.

The current tensions are reminiscent of the 2021 May and Ramadan tensions over the Israeli settler takeover of Palestinian property in Jerusalem’s Sheikh Jarrah neighborhood and encroachments by Jewish fanatics upon Al-Aqsa Mosque compound.