In a bid to grab Palestinian land, Israeli colonialists set up tent, mobile home on land in a West Bank town 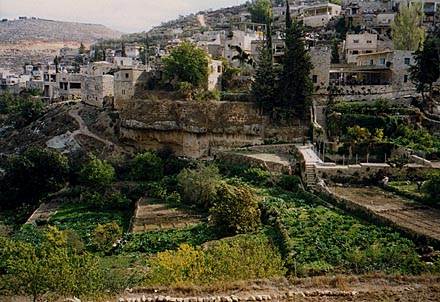 BETHLEHEM, Monday, March 7, 2022 (WAFA) – In a bid to steal Palestinian land, Israeli colonial settlers set up a large tent and a mobile home in the southern West Bank town of Battir, west of Bethlehem city, today said a local activist.

Armed settlers broke into an area east of Battir, razed land and set up a 40-meter-long by 10-meter-wide tent and a mobile home on privately-owned Palestinian land in the village, according to Ghassan Ellyan, an activist in the anti-settlements, anti-wall committee in the town.

He said the land is 23 dunums in area and has been a target for takeover by the settlers in the past. Landowners confronted the settlers who threatened to attack the landowners if they come close to the land.

The Israeli army, meanwhile, in collusion with the settlers, also prevents the landowners from reclaiming and developing their land, which they own deeds proving ownership, said Ellyan.

Israel orders halt on construction of six homes in Salfit

Israel orders halt on construction of six homes in Salf