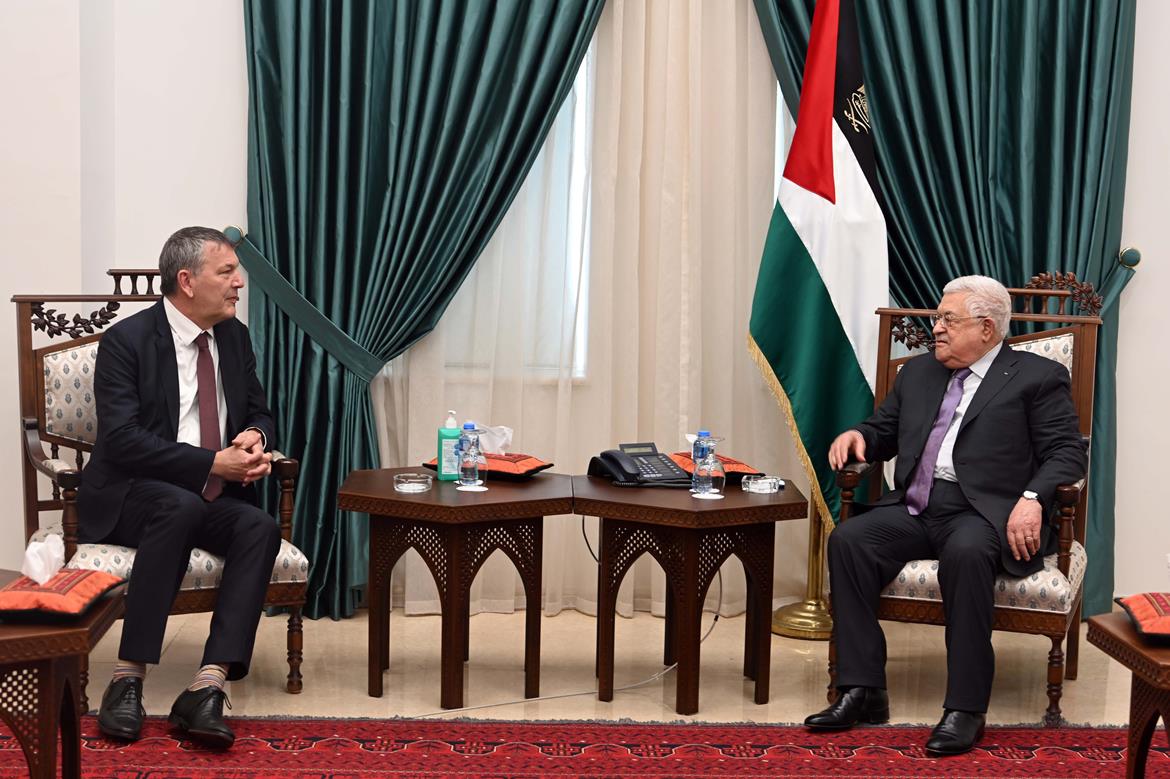 This came during a meeting with UNRWA Commissioner-General Philippe Lazzarini at the presidential headquarters in Ramallah.

The President welcomed Commissioner-General Lazzarini, expressing appreciation for his efforts and all the staff working in the Agency, stressing his support for efforts to raise the necessary funding for UNRWA to continue providing its basic and emergency services to the Palestinian people in the diaspora.

The President also stressed his support for the efforts made to renew UNRWA's mandate to ensure the continuation of its noble role, stressing that the refugee issue is one of the crucial and important issues for the Palestinian people, which must be resolved in accordance with United Nations resolutions.

UNRWA Commissioner-General Lazzarini, on the other hand, briefed the President about the services provided by UNRWA to Palestine refugees and the necessity of aid to support its basic and emergency operations. He also briefed the President about the situation in light of the political and economic challenges that the region is going through in general.

Lazzarini spoke about UNRWA's efforts to preserve its role, as per its mandate entrusted to it in accordance with United Nations resolutions, and the importance of joint work to enhance this role.

He stressed the importance of continued coordination with all Palestinian institutions, as well as with the Department of Refugee Affairs in the Palestine Liberation Organization, to mobilize financial support, to continue its work, and to renew its mandate.