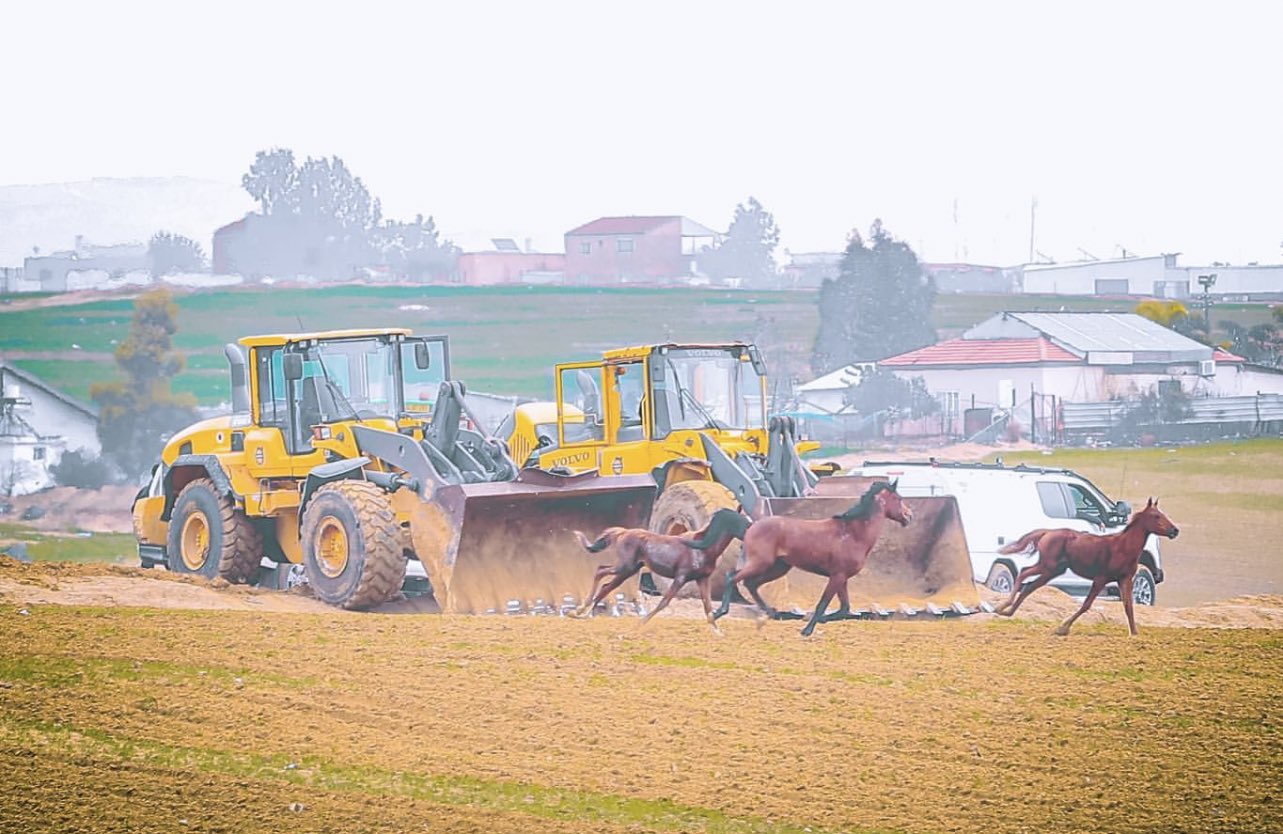 NAQAB, Sunday, February 20, 2022 (WAFA) – Israeli occupation forces today bulldozed large tracts of Palestinian land in the villages of Umm Batin and Tal as-Sabi in the Naqab region in the south of occupied Palestine, according to witnesses.

Witnesses said that Israeli Police accompanied by bulldozers embarked on bulldozing Palestinian land in the area since the early morning hours, while denying access of owners and their supporters.

Last month, protests broke out in the area and neighboring villages against continuing Israeli forestation work on land Palestinian citizens say they privately own near the southern city of Beer al-Sabe.

The escalation in mid-January began when bulldozers from the Jewish National Fund (JNF), a quasi-governmental agency, arrived with heavy police protection in the village of al-Atrash and razed Bedouin farming lands, in order to plant trees.

Bedouin Palestinians protested against the move then for days. Videos and images shared on social media showed Israeli forces violently arresting and beating residents who arrived to defend the lands they use for farming wheat and barley.

Some 300,000 Palestinian Bedouins, who hold Israeli citizenship, live in the Naqab region, which makes up about half of the entire landmass of historic Palestine.

More than 90,000 of them live in at least 35 Israeli-deemed “unrecognized” villages under threat of demolition, with the state viewing them as “trespassers”.

In 2019, Israeli authorities announced a plan to forcibly transfer 36,000 residents in unrecognized villages to other townships.

Israeli authorities have refused to connect the majority of unrecognized villages to the national electricity or water grids and do not provide them with basic services, such as paved roads and sewage systems.