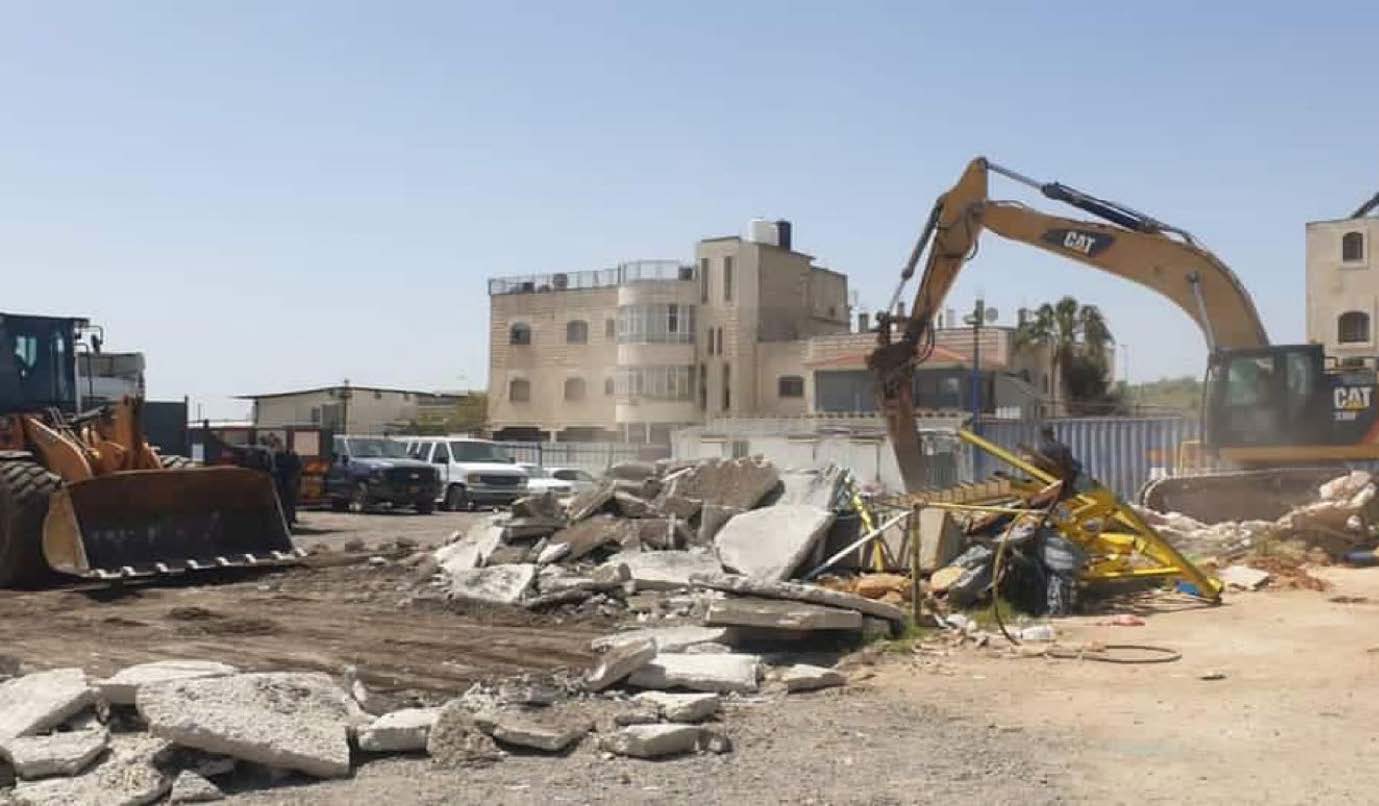 The demonstrators, who included dozens of people affected by this ruthless and cruel policy whose homes in the occupied eastern part of the city were demolished under the pretext of construction without a permit, carried signs denouncing the home demolition policy that has displaced hundreds of people and left them homeless.

Raed Bashir, an attorney representing victims of this policy from Jabal al-Mukabbir neighborhood, said international law requires the occupying Power to secure the fundamental rights of the people under its control.

However, he added, Israel rules by its own racist laws that threaten with demolition hundreds of Palestinian-owned homes in East Jerusalem and the displacement of thousands of people.

While the demonstration was taking place, an Israeli municipality bulldozer was busy demolishing a used car display lot in Beit Hanina neighborhood in the north of East Jerusalem.

Ezzat Abdulqader, the owner of the lot, told WAFA that he had set up this business two years ago on a 200-square-meter lot, and now he has lost everything after the Israeli authorities sent its bulldozer to demolish it without prior notice, and most likely it is going to force him to pay exorbitant amounts in demolition fees.

Palestinians say they are forced to build without a permit to accommodate their growing family needs because the Israeli municipality discriminates against them vis-à-vis Jewish inhabitants and does not provide them with building permits hoping that they would eventually leave the city.