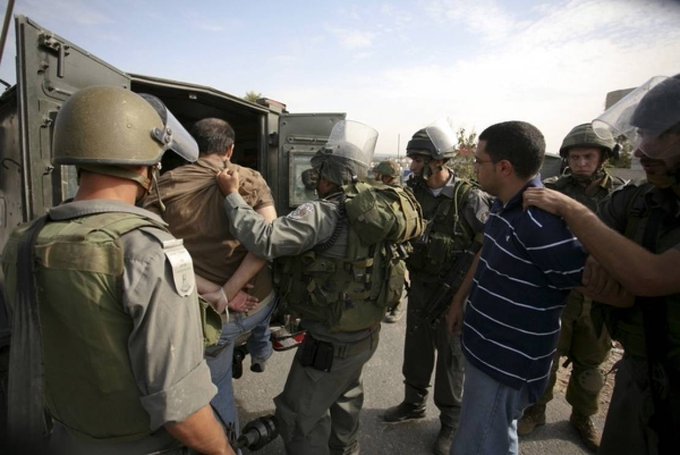 They said that Israeli forces rounded up a Palestinian from Khirbet Makhul, east of Toubas city, in the northern Jordan Valley.

In Salfit district, Israeli forces barged their way into Qarawat Bani Hassan town, west of the city, and detained another after ransacking his house.

They also detained another in a raid in Kafr ad-Dik town, west of Salfit.

In Nablus district, the military vehicles stormed Balata refugee camp, east of the city, where the soldiers detained another.

In Jerusalem district, the sources confirmed a similar raid in Anata town, northwest of the city, resulting in the detention of another.

Gun-toting soldiers conducted a raid in Abu Dis town, southeast of the city, resulting in the detention of another.

During ensuing confrontations, the soldiers opened fire towards local youths protesting the raid, wounding a youth by a live bullet in the shoulder.

In Hebron district, several military jeeps invaded the city neighborhoods, before the soldiers stormed and ransacked several homes and detained another.

The soldiers forced their way into Taffouh town, north of Hebron, and detained another.

They also rounded up two others; a 17-year-old teen from Halhoul town, north of the city, and a former prisoner from Dura town, southwest of Hebron.