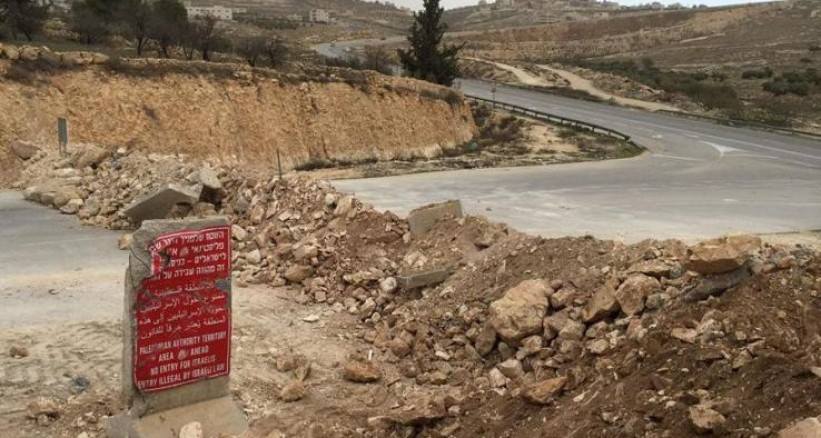 They said that a sizable military force deployed in Khallit Hajja area in the town, widely renowned for its stone and marble production, and closed the road leading to the stone-cutting factories with earth mounds.

Located 14 kilometers south of Bethlehem with a population of some 15,000, Beit Fajjar mainly depends on the stone and marble industry, which absorbs 80% of the town workforce, because of its proximity to the major quarries in the West Bank and its easy access to Israel through Gush Etzion checkpoint on Route 60.

Before the intifada, Beit Fajjar had more than 150 stone-cutting outlets, employing 10 to 50 workers per outlet, many of them refugees. The stone produced – known as meleke – is used widely in the construction of buildings in Israel and Palestine.

The stone and marble industry is strategically significant to the Palestinian economy and is considered the biggest industry in terms of number of firms, sales volume and employment rates. However,  stone and marble workers are identified as the most vulnerable social groups in the village due to Israeli actions.

The activities of the town quarries and stone-cutting factories have been frequently interrupted by the Israeli occupation forces, which have seized numerous pieces of equipment and imposed fines on Palestinian owners, under the pretext that they operate without permission and being located in C Area.

According to the Union of Stone and Marble Industry in Palestine, this sector contributes about 25% of the revenues of the industrial sector and 405% of the Palestinian gross national product. The industry absorbs the largest percentage of the Palestinian labor force, employing more than 13,500 workers. The annual revenue of this industry is estimated at $450 million, with 56% of the total annual income through exports to Israel and 15% coming from direct exports to world markets and 20% from the domestic market. A high proportion of products exported to Israel are re-exported to other markets.