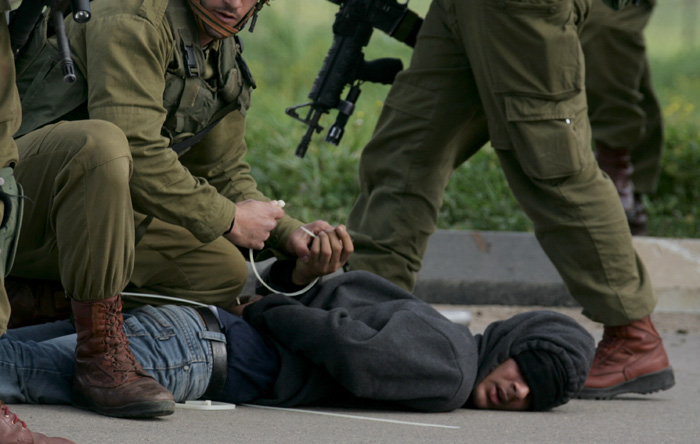 They said that Israeli forces re-arrested a former prisoner from Kharas town, northwest of the southern West Bank city of Hebron.

Israeli soldiers also detained a 27-year-old disabled person from Tuba, one of the 19 hamlets comprising Masafer Yatta in the southern Hebron hills.

In Bethlehem district, the military vehicles stormed Dheisha refugee camp, where the soldiers detained a resident after ransacking his family house.

The soldiers conducted a similar raid in Husan village, west of the city, where they forcibly entered and searched two houses, including that of a prisoner’s family.

In the northern West Bank, the sources confirmed a raid in Anabta town, east of Tulkarm, resulting in the detention of one person.

In the central West Bank, Israeli soldiers barged their way into the industrial zone of al-Bireh, triggering confrontations. None was detained or injured though.

On Tuesday evening, Israeli police briefly detained a young man after brutally assaulting him at a gas station at the entrance of al-Issawiya, which lies on the eastern slopes of Jerusalem.

Police also beat up a 70-year-old woman in the East Jerusalem neighborhood of Jabal al-Mukabbir. The woman was rushed to a hospital for treatment.