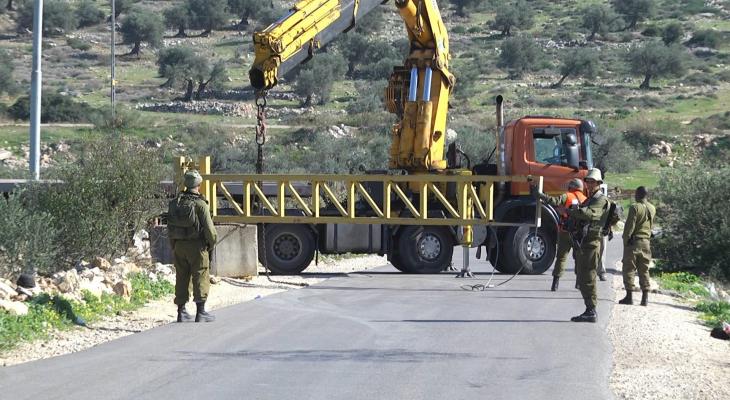 JERUSALEM, Sunday, December 26, 2021 (WAFA) – Israeli occupation forces today shut down the entrances of the village of Hizma in the occupied West Bank, located a few kilometers to the northeast of Jerusalem, according to witnesses.

WAFA correspondent said the Israeli occupation army shut down all the roads leading to the village since early today morning, denying access of Palestinian vehicles in and out of the village.

Earlier today, the Israeli occupation army shut down the Nablus-Jenin road in the north of the occupied West Bank, forcing Palestinian drivers to use longer routes to reach their destinations.

These closures, usually made with earth mounds or cement cubes, have become a normal practice under Israeli military regime in the occupied West Bank, and Palestinian drivers often find themselves having to take much longer routes as a result.