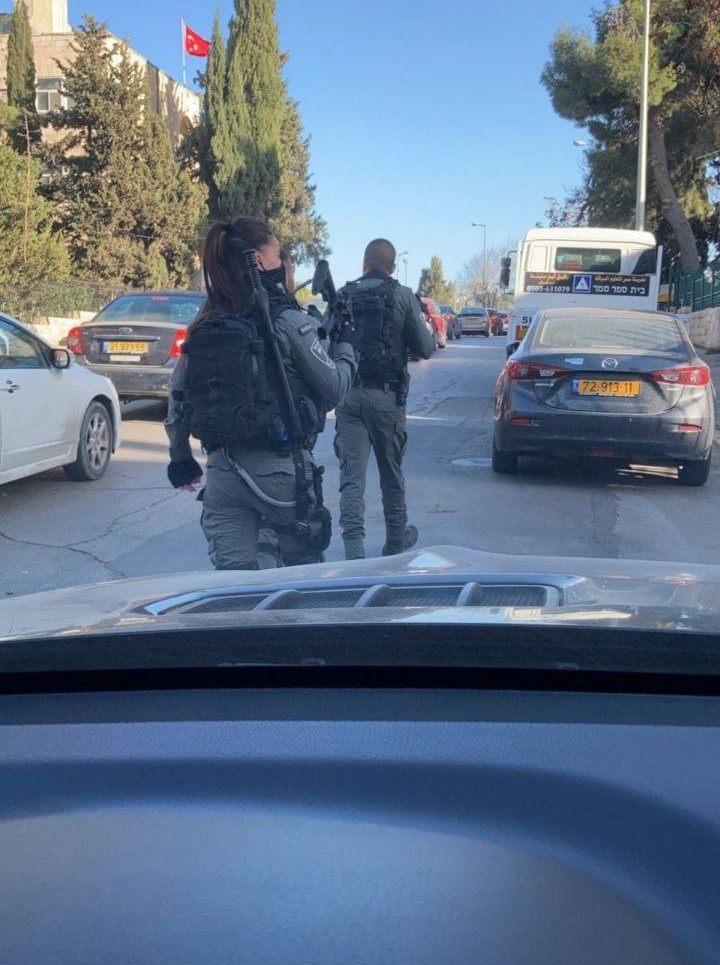 JERUSALEM, Wednesday, December 08, 2021 (WAFA) – Israeli police this morning cordoned off Sheikh Jarrah neighborhood in occupied East Jerusalem following the stabbing of an Israeli woman in the area, according to witnesses.

They said that the police closed all roads leading to the neighborhood, broke into homes, stopped and checked cars and buses as a helicopter hovered over the area in search of the alleged attacker identified as a woman who was able to get away.

The stabbed woman was reported to be 30 years of age and was said to be in light condition.