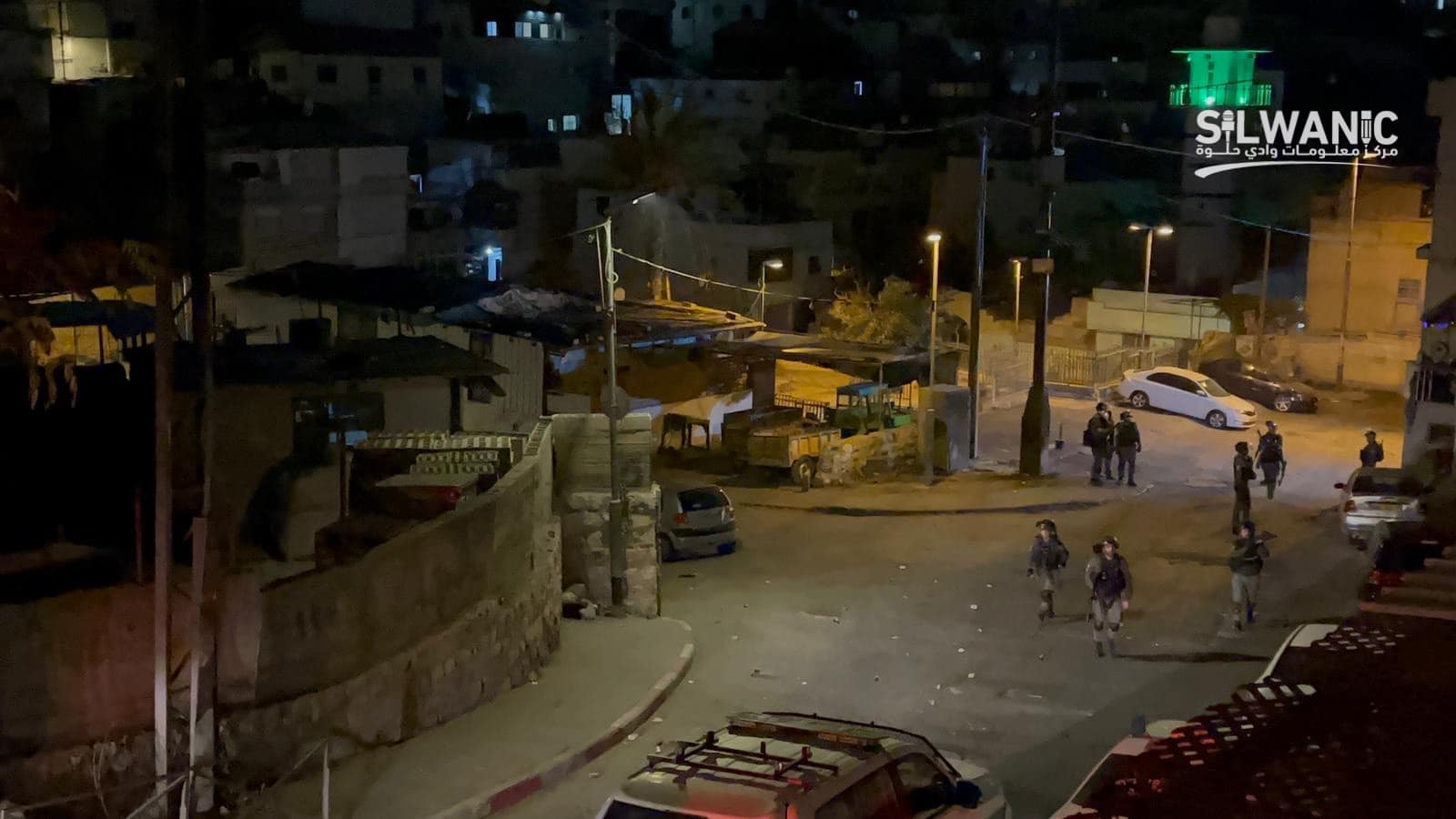 Israeli police storm Issawiya neighborhood in the dead of the night

JERUSALEM, Friday, November 19, 2021 (WAFA) – Israeli police Thursday night conducted a massive raid in the East Jerusalem neighborhood of Issawiya, resulting in dozens of injuries, according to local and medical sources.

They said that dozens of heavily-armed police officers barged their way into the neighborhood, which lies on the eastern slopes of Jerusalem, blocked the main artery of the already congested neighborhood and deliberately opened fire not only at protestors, but also directly at Palestinian houses.

Director of al-Amal Ambulance Society, Abdul-Majid Taha, confirmed that medics provided treatment to 17 Palestinians who were shot with rubber-coated steel bullets in various parts of their bodies, 11 others who suffered burns from Israeli gas bombs and concussion grenades, in addition to 13 others who fell while being chased by the police officers, including two who sustained fractures in their extremities.

He added that medics also provided treatment to 95 Palestinians, including women and children, who suffered the effects of tear gas inhalation.

On Thursday, police gunned down 16-year-old Omar Abu Assab from the neighborhood after he allegedly stabbed two officers in the al-Wad Street, in Old City of occupied Jerusalem.

While Israeli authorities claim police raids into the neighborhood are intended to maintain “law and order”, residents and human rights groups vigorously reiterate that the raids themselves seem intended to provoke confrontations and have created an atmosphere of terror, with parents afraid to let their children play outside.