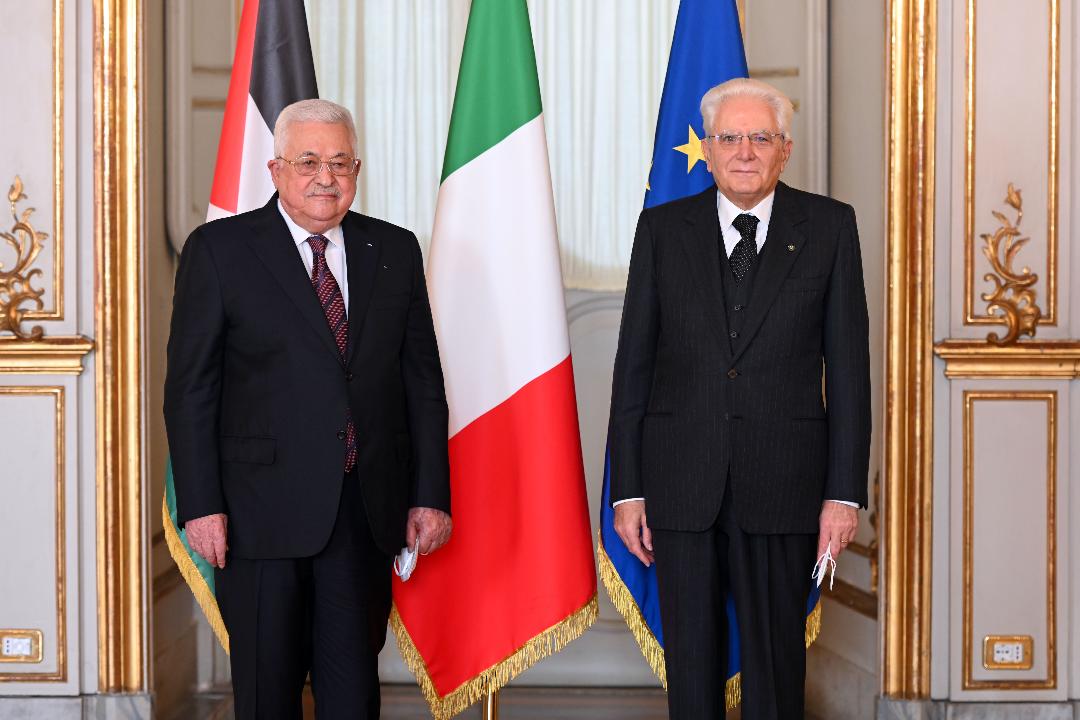 President Abbas arrived at the Quirinale Palace, where he inspected the honor guard before being received by President Mattarella and a host of senior Italian officials.

He held a bilateral meeting with his counterpart, Mattarella, during which he briefed the latter on the latest political developments on the Palestinian arena, with particular focus on the Israeli occupation authorities and settlers’ assaults against Jerusalem and political efforts related to the Palestinian question.

Both leaders discussed bilateral relations the two friendly countries, as President Abbas underscored the importance of further developing the relations and appreciated Italy for positions in support of the Palestinian people in international forums.

President Mattarella welcomed President Abbas along with the accompanying delegation, while stressing his country’s positions in support of the Palestinian people’s rights and his desire to sustain the cooperative relations between Italy and Palestine.