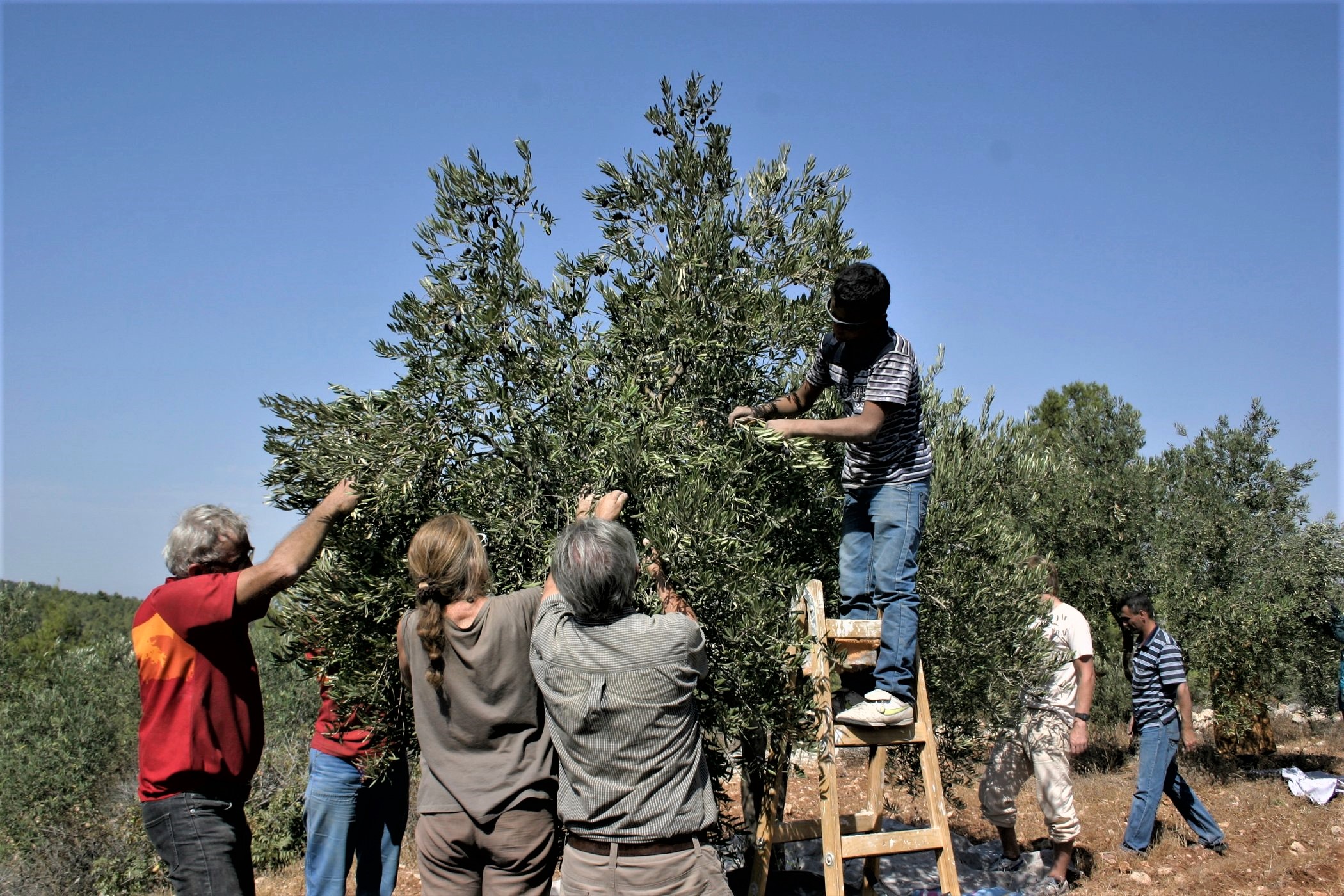 RAMALLAH, Thursday, October 7, 2021 (WAFA) – Palestinian organizations and activists are organizing campaigns to support West Bank farmers threatened by Israeli settlers as they start the olive harvest season, today said a statement by the National and Popular Campaign to Bolster the Steadfastness of Farmers - Fazaa.

The Wall and Settlement Resistance Commission, activists from the Popular and the Coordination Committees, and in partnership with a number of officials, civil and popular institutions, activists in the Popular Resistance Committees and active youth groups, the Fazaa campaign was launched to support farmers in areas threatened by settlers during the olive harvest season which started this week.

It said attacks by colonial settlers, settlement organizations and the occupation government are growing and expanding and have moved from acts by individuals and groups of colonial gangs to an organized terrorist movement such as Price Tag, the so-called Youth of the Hills, and the Kahana Hi (Alive) group that organize terrorist and criminal acts against farmers, peasants and homes, which have reached the point of attacking entire communities; intimidating and beating people, vandalizing houses and assaulting children as happened in the Mafghara community in Hebron, and before that the attack on the Dawabsheh family and Muhammad Abu Khdeir.

The attacks, meanwhile, continue during every olive harvest season by burning, uprooting and poisoning trees, stealing crops, intimidating and beating farmers and peasants to a point these criminal attacks have increased by more than 150% from last year, said the Fazaa campaign organizers.

As a result, they said, the Wall and Settlement Resistance Commission, the Popular and Coordination Committees worked with active and influential partners from official and international institutions, civil society organizations and youth volunteer networks to organize and launch a wide campaign for this year’s olive harvest season.

“We will not leave our people and farmers alone. We are with them wherever they are,” said the Fazaa campaign.

It said voluntary groups in the dozens will be ready to support farmers in “hot spots that need assistance and fazaa (reinforcement) to confront the attacks of the colonists,” some of which will go from one place to another and others will work in one place.