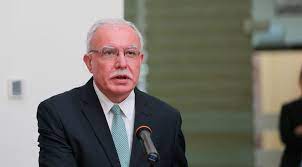 Speaking in an interview with WAFA, al-Malki stated that Palestine maintains coordination with Jordan and Egypt and bilateral and trilateral meetings are held at the level of foreign ministers and heads of intelligence services, while pointing that the Cairo-based summit serves to institutionalize and put Palestine’s relations with both Jordan and Egypt on the right road and will form a point of reference for all upcoming meetings to be held at all levels.

Palestine faces new challenges, he added, as the new US administration’s positions on the peace process and relations with the Palestinian side differ from those of the former administration and the new Israeli government differs in some aspects from the former one; which requires Palestine, Jordan and Egypt to coordinate their efforts and take a unified stand on the Palestinian issue that should be unequivocally expressed in any future contacts with Israel or the US.

Egypt and Jordan have always supported Palestine, he concluded, but this time greater coordinated efforts are made to strengthen the trilateral position on future contacts with the US and Israel, and that is why the summit was well-timed in terms of formulate counter ideas and proposals.