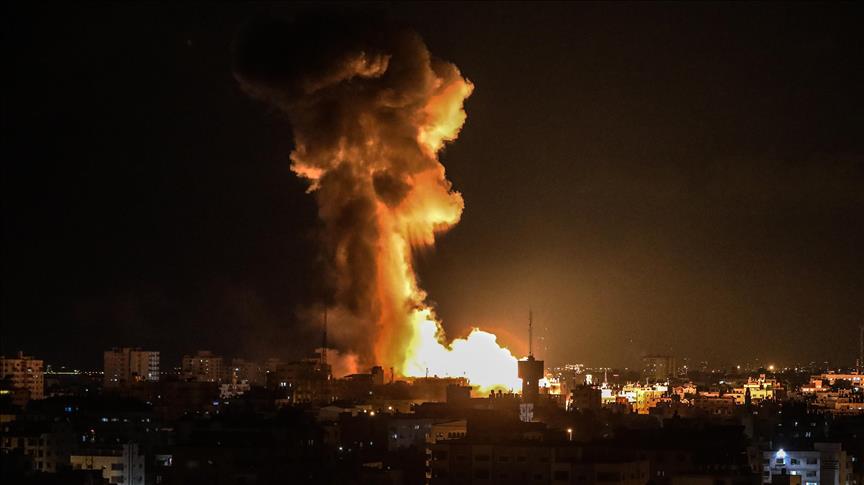 WAFA correspondent said fighter jets attacked with four missiles a location at Shuhada Street south of Gaza City, causing fire to erupt at the site. No injuries were reported.

Israeli warplanes also struck a farming land near the town of Beit Hanoun, in the north of the Gaza Strip, causing physical damages but no injuries.

Witnesses said they saw flames of fire and black smoke coming out from the targeted posts, adding that they heard the buzz of the drones and the fighter jets hovering over the Gaza Strip, which was followed by several explosions.

The attacks came after an Israeli crackdown on hundreds of Palestinians who demonstrated near the Israeli perimeter fence surrounding the Gaza Strip on Saturday evening in protest of the 14-year Israeli blockade. At least five Palestinians were injured during the protest.