US protestors block entrance to Raytheon over weapon sales to Israel 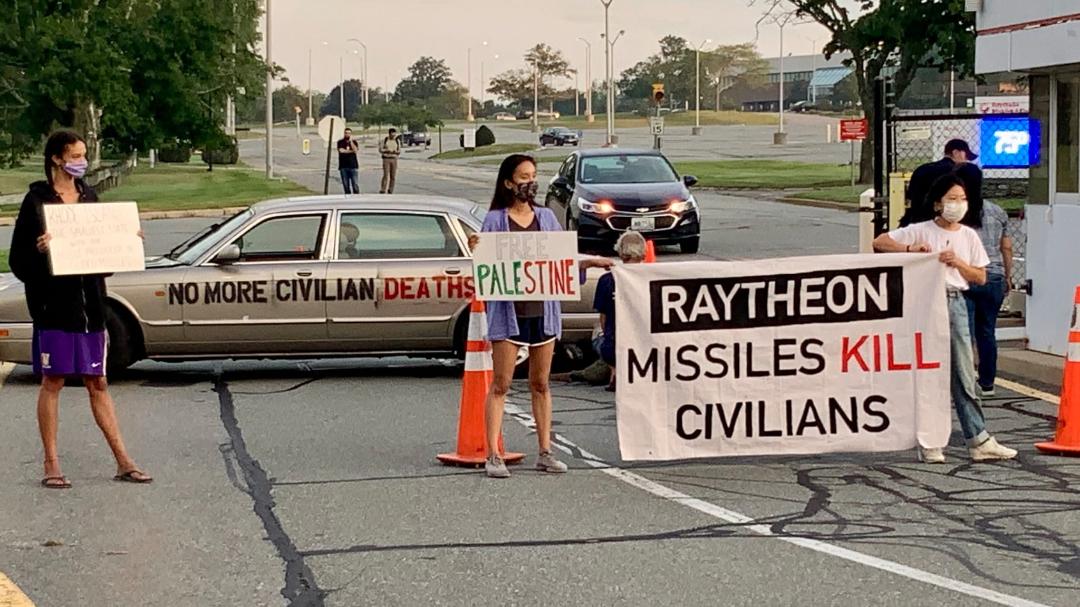 Members the FANG Collective, a Pawtucket-based group that organized the protest, along with Resist and Abolish the Military Industrial Complex (RAM INC) said that they were protesting Raytheon’s weapon sales to Israel, among others.

The FANG collective describes itself as an action group that organizes the community to build a decolonized world free of prisons and police, where systems of oppression are uprooted and healed, while taking action to avert the worst impacts of climate change, and is based out of Pawtucket.

The protest saw several people chaining themselves to cars to block the front gate and others holding banners and chanting slogans.

FANG said in a press statement that they shut down all vehicle entrances to Raytheon's facility as two people attached themselves to vehicles that were blocking the main entrance to the facility. One person was attached underneath a car while another person was attached to a blockade in the trunk of a car.

Police said that they called the Portsmouth Fire Department to release the two men after they refused to do so themselves. The two men were eventually arrested.

FANG added that pointed in the statement to a 2018 CNN report revealing that Raytheon, the largest producer of guided missiles in the world and the second largest military contractor, have sold billions of dollars of weapons to Israel, among others, used to kill civilians in Palestine.

"Raytheon also has close ties to the Israeli military and supplies them with missiles, bombs, and other equipment, including the 'Iron Dome' system," the group said. "These weapons have been linked to dozens of attacks that have killed and injured civilians."

"We respect the right to lawful and peaceful protest," a Raytheon spokesperson said in response.