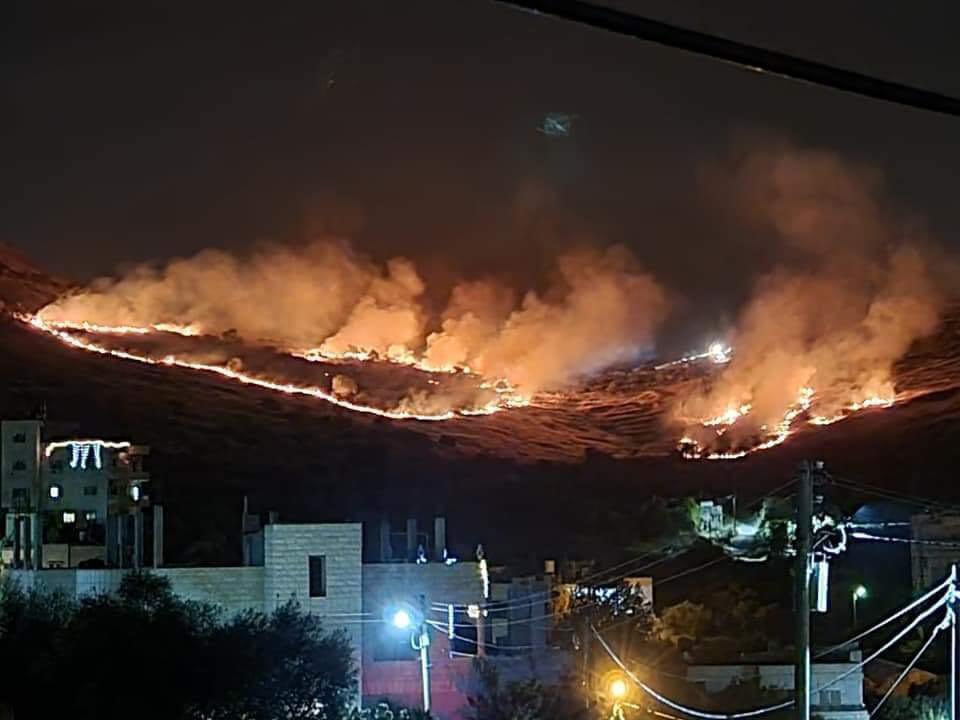 Settlers torch the farmlands of Burin

Ghassan Daghlas, who monitors Israeli colonial settlement activities in the northern West Bank, said that Israeli settlers set fire to a large tract of farmland in the eastern section of the town and attacked at least three houses.

Meanwhile, a group of settlers hurled stones toward vehicles with Palestinian registration plates traveling along the Nablus-Ramallah Road, causing damage to some of them.

Burin town has been the scene of frequent settler attacks, including cutting down fully grown olive trees, setting fire to fields and crops, stealing the olive harvest, attacking olive harvesters and foreign volunteers, and hurling Molotov Cocktails toward houses in the town.

The area, south of Nablus, has seen an uptick in settlers attacks since a drive-by shooting left three settlers injured at the northern West Bank junction of Zaatara, also known to settlers as Tapuah, on Sunday.

The shooting followed simmering tensions in the occupied city of Jerusalem following the Israeli police’s recent decision to ban people from sitting on the stairs outside Bab al-Amoud, also known as Damascus Gate, and attempts to forcibly evict dozens of Palestinians from their homes in Sheikh Jarrah.

It includes arsons of property and mosques, stone-throwing, uprooting of crops and olive trees, attacks on vulnerable homes, among others.

Over 700,000 Israeli settlers live in Jewish-only colonial settlements across occupied East Jerusalem and the West Bank in violation of international law.