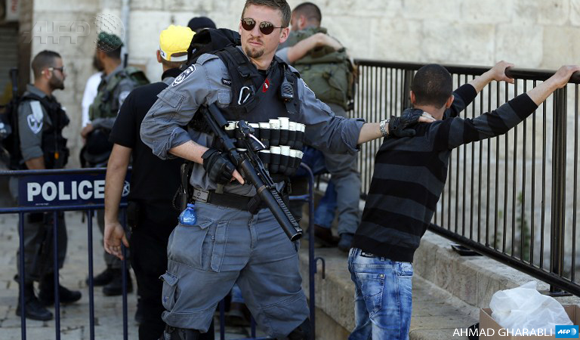 They confirmed that Israeli forces rounded up a Palestinian after storming and wreaking havoc inside his family house in Dura city, southwest of Hebron, and another from Beit Ula town, west of the city.

Soldiers also barged their way into Sa‘ir town, northeast of the city, where they detained two brothers.

The soldiers opened fire toward local youngsters, injuring at least three with rounds in their feet. The casualties were rushed to a nearby hospital for treatment. Their condition was described as stable.

During the raid, the soldiers stormed several houses in the camp after detonating their front doors ransacked their contents, and eventually detained a resident.