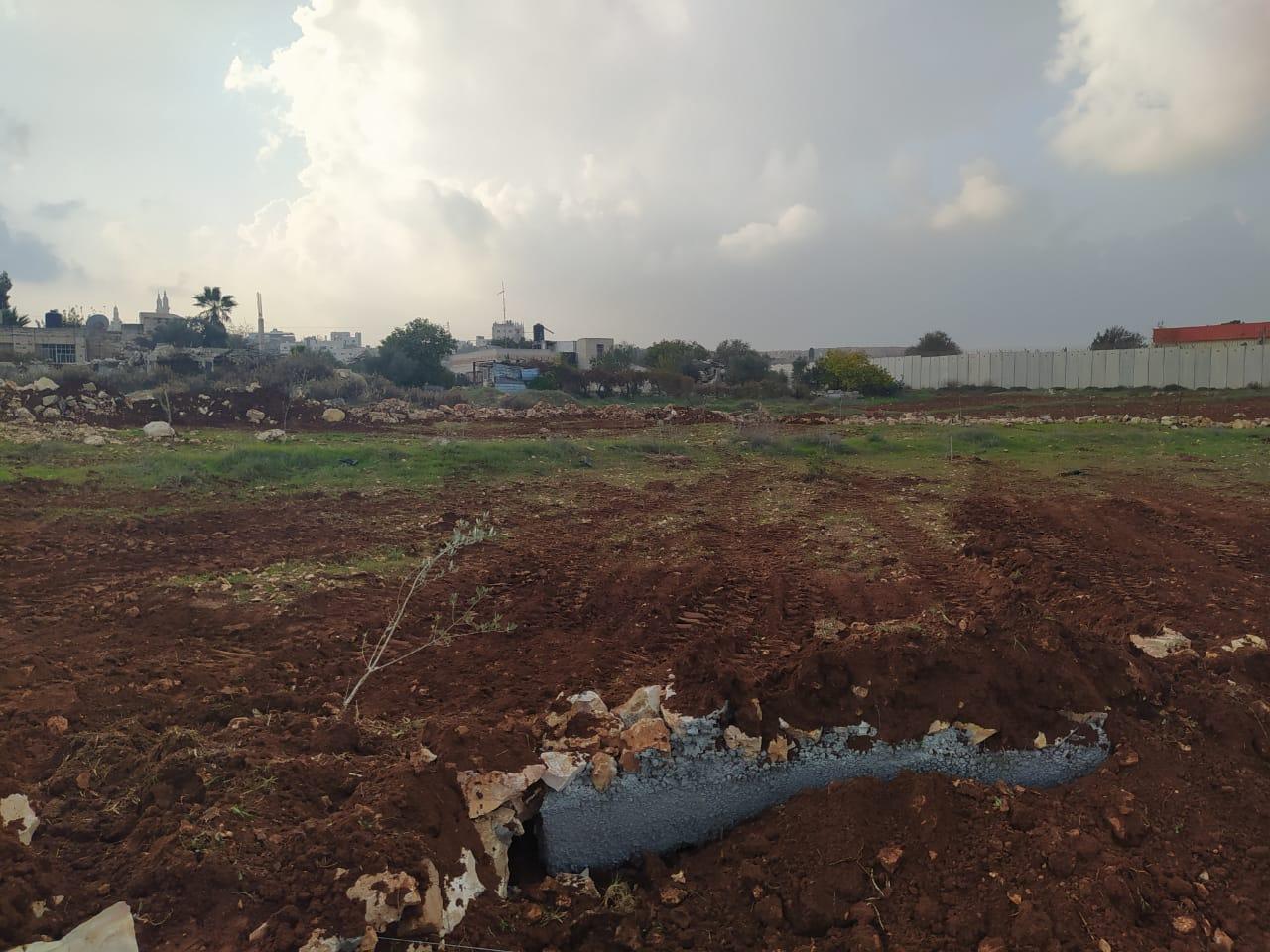 JERUSALEM, Tuesday, December 08, 2020 (WAFA) - Israeli occupation authorities bulldozed a plot of agricultural land east of Qalandia village, north of occupied Jerusalem, under the pretext of building without an Israeli-issued permit.

One of the landowners said they were surprised by Israeli forces storming their lands planted with olive saplings and starting to bulldoze the land despite current legal efforts to nullify the "building without a permit" decision issued a few days ago by the occupation authorities.

He said that forces bulldozed the land despite the fact that the family has ownership deeds, known as Tabu.

To be noted, Israel announced yesterday its decision to build 9,000 settlement units on the lands of the abandoned Jerusalem International Airport (Qalandia) north of Jerusalem.