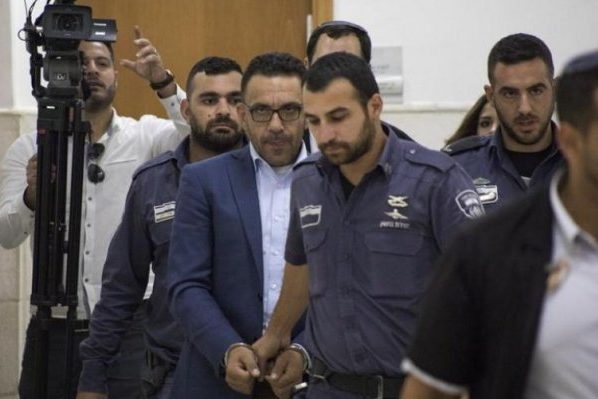 Jerusalem governor, Adnan Ghaith, during one of his many arrests by Israeli police.

They said Ghaith was ordered to appear before Israeli intelligence officers at the Russian Compound police station in West Jerusalem this evening.

Ghaith was detained and held for almost 20 times since he became governor two years ago and was banned from entering the West Bank and meeting with Palestinian officials and activists. He was even restricted to the area of Jerusalem where he lives.