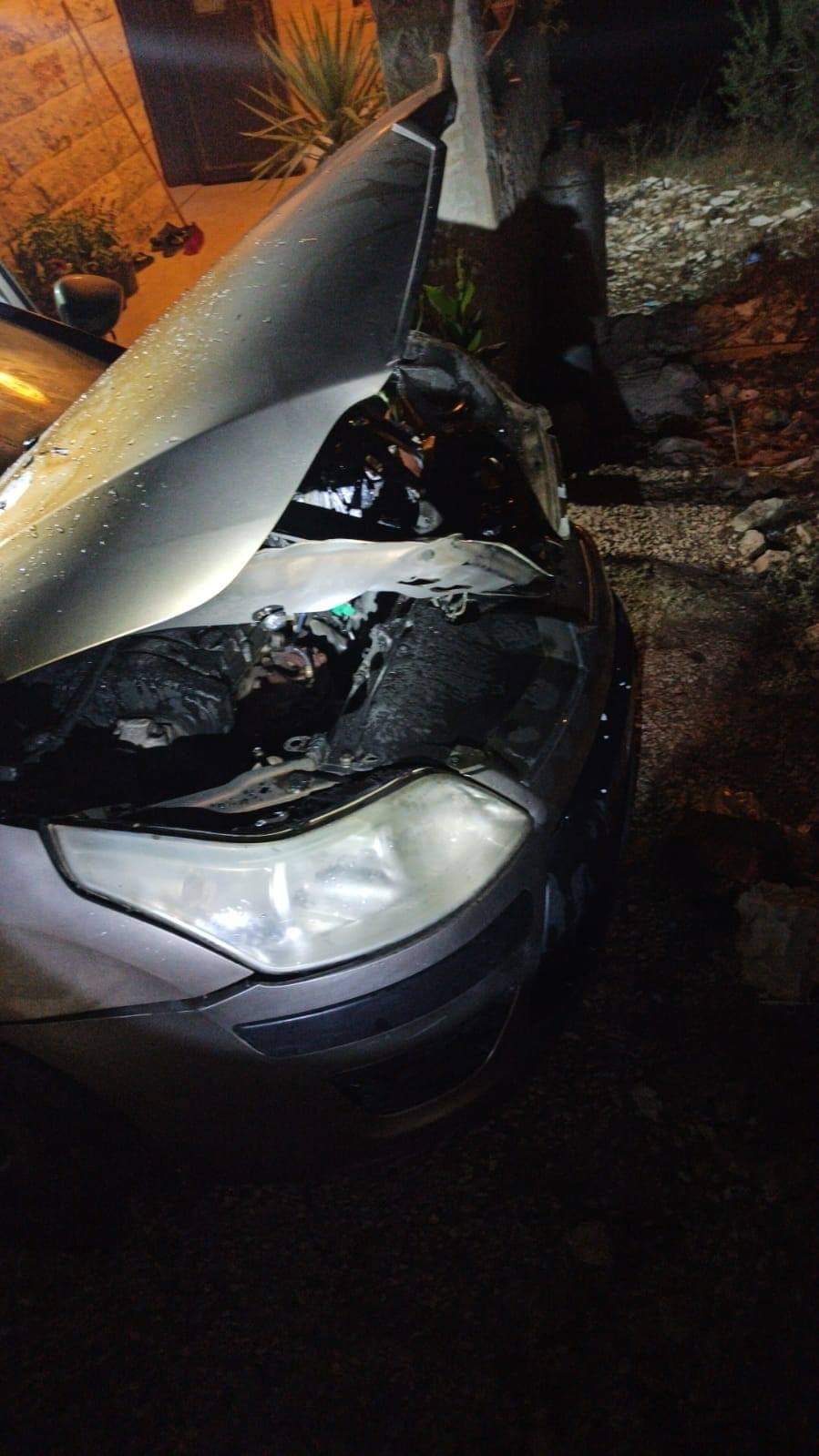 Extremist Israeli settlers torch a vehicle after sneaking into the village of Asira al-Qibiliya, 28 August 2020

NABLUS, Friday, August 28, 2020 (WAFA) – Extremist Israeli settlers last night torched a vehicle and sprayed racist graffiti on walls after sneaking into the village of Asira al-Qibiliya, to the south of Nablus city in the occupied West Bank, according to a local source.

Ghassan Daghlas, who monitors settler-related violence in the district, told WAFA that a group of hardline Israeli settlers sneaked into the village in middle of the night, torched a vehicle owned by Abdul-Qader Asayrah, a local citizen, and sprayed hate and racists slogans calling for the ethnic cleansing of Arabs on walls.

Earlier this month, Daghlas said there has been a surge in settlers' attacks against Palestinian civilians and property in the Nablus area, and in their efforts to grab as much Palestinian land as possible to expand their settlements including the recent setting up of mobile homes on Palestinian-owned land.

Israeli settler violence against Palestinians and their property is commonplace in the West Bank and is rarely prosecuted by Israeli authorities. It includes arsons of property and mosques, stone-throwing, uprooting of crops and olive trees, attacks on vulnerable homes, among others.