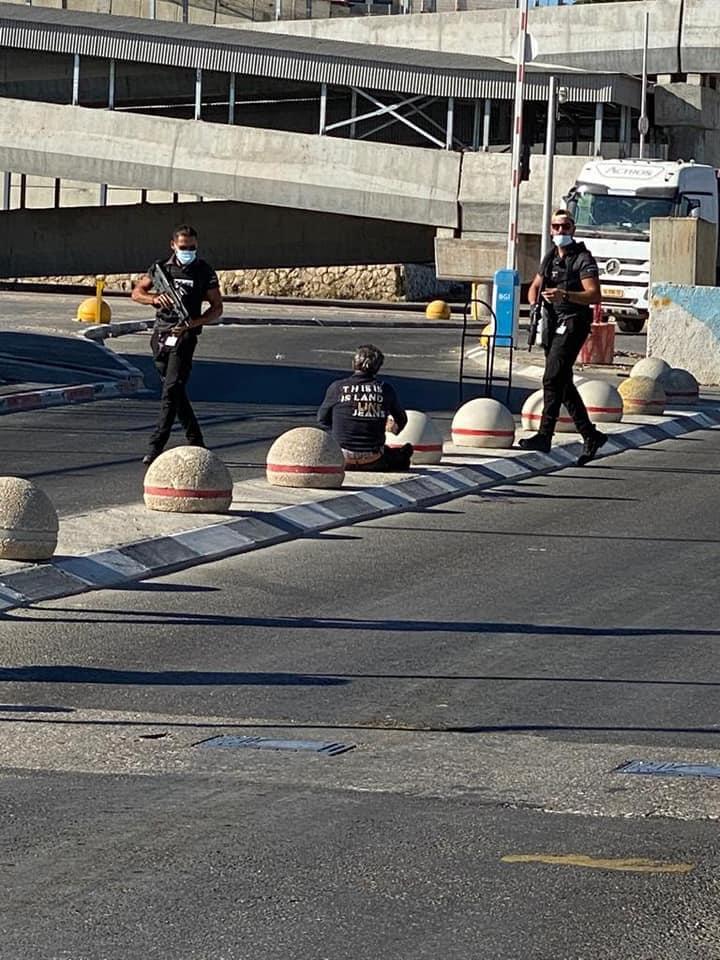 Witnesses said Israeli security guards opened fire at a Palestinian said to be 60 years of age as he walked the car lane of the checkpoint injuring him in the leg.

The army closed the checkpoint and evacuated the injured Palestinian to a hospital in Jerusalem before reopening it for traffic.

Israeli police said in a statement that security guards at the checkpoint saw a man walking through the car lane and when they called on him to stop he kept on walking before shooting him in the leg after suspecting he had a knife. It turned out that the man was deaf and mute and that he was not in possession of a knife, said the police.

Several Palestinians were shot and killed or injured at Israeli checkpoints in Jerusalem and the West Bank before any attempt to verify if they were armed or not. Israelis are allowed to shoot and kill a Palestinian even at the least suspicion of an attack.