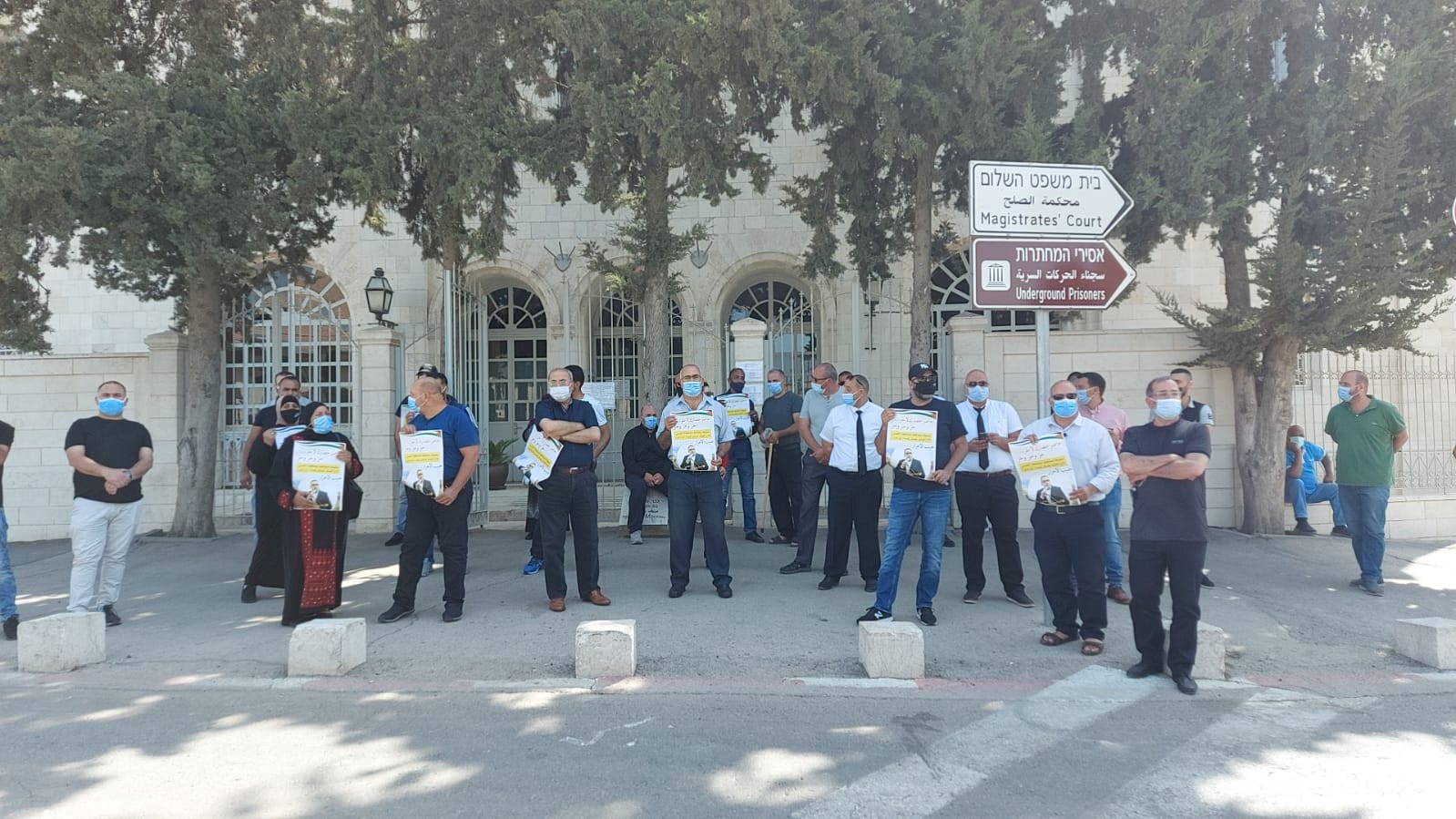 Palestinians and lawmakers protesting outside the Israeli Magistrate Court in support of Jerusalem governor Adnan Ghaith.

Speaking to the crowd, lawmaker Ahmad Tibi, from the Arab Joint List, said the arrest of Ghaith and other Palestinian activists in the occupied city “aims at intimidating and preventing any Palestinian activity in Jerusalem, which is occupied and not united.”

He added, “We are here to challenge and to support all Palestinian activities in Jerusalem.”

Police detained two of the protesters, interrogated them and held them for a while.

Ghaith, detained for the 17th time since he was named governor of Jerusalem two years ago, is supposed to appear in court today to decide on whether to extend his two-week detention or release him.

Update: The Magistrate Court extended this afternoon Ghaith's detention by five days to continue the investigation, according to his lawyer Rami Othman. (Updated on 15:10 Jerusalem time).