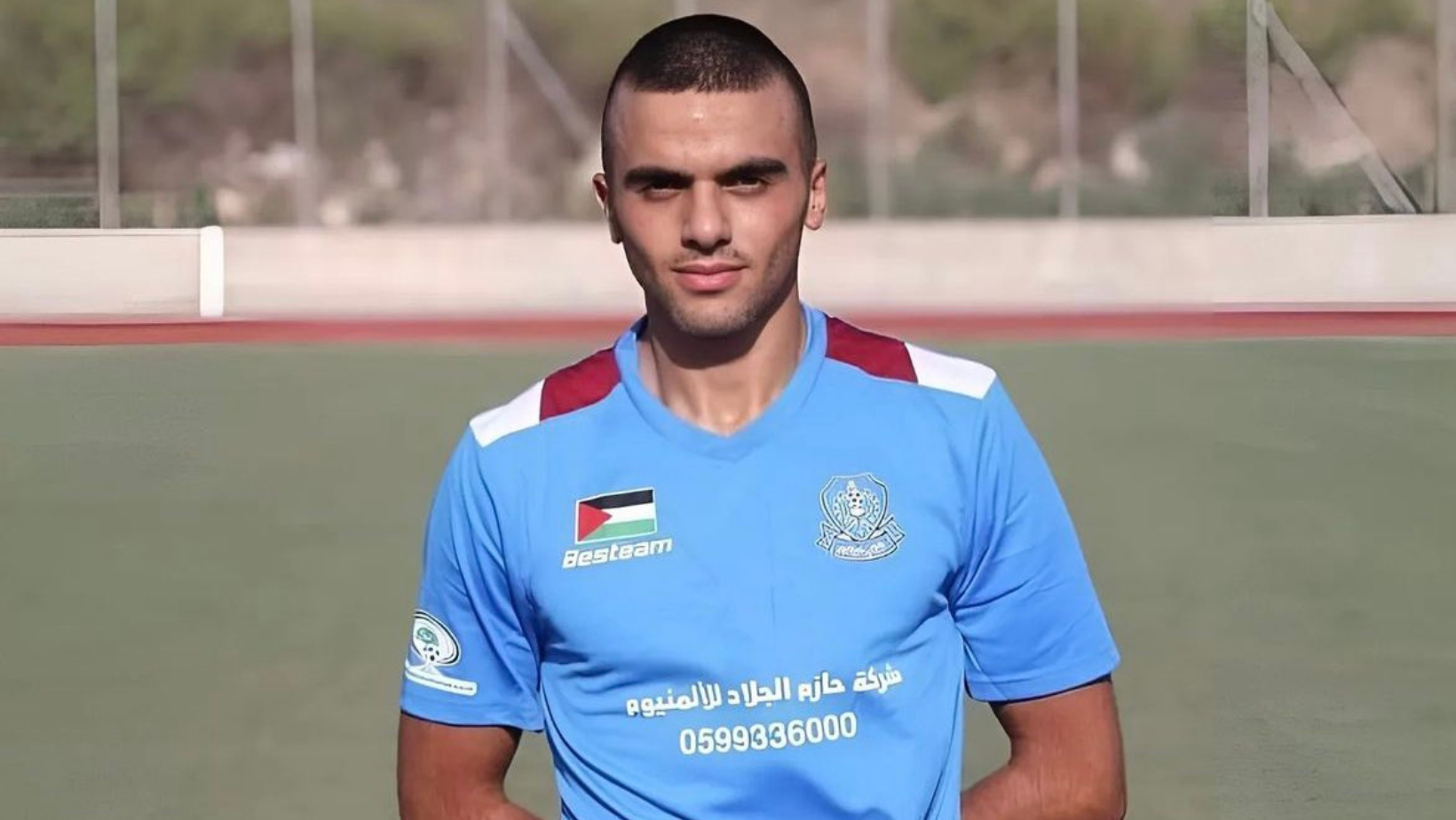 Ahmad Daraghma, a soccer player with the Thaqafi Soccer Team of Tulkarem, was hit by live rounds in the back and feet.

NABLUS, Thursday, December 22, 2022 (WAFA) – Israeli forces dawn Thursday gunned down a soccer player and wounded at least 24 Palestinians in confrontations in the northern West Bank city of Nablus, according to WAFA correspondent.

He said that Ahmad Atef Mustafa Daraghma, 23, a resident of the northern West Bank city of Tubas, died from very serious wounds resulting from Israeli army gunfire in the course of confrontations.

Daraghma, a soccer player with the Thaqafi Soccer Team of Tulkarem, was hit by live rounds in the back and feet.

The confrontations erupted when a sizable army force swept into the eastern part of Nablus to provide protection for settlers who stormed Jospeh’s Tomb.

The gun-toting soldiers opened fire at young men attempting to block their passage, wounding five men; two sustained serious injuries from live ammunition, another who was hit by a live round in the eye in addition to two others who sustained rubber-coated steel bullet injuries in the hand and head.

The soldiers also showered the young men with volleys of tear gas canisters, causing 19 to suffer the effects of tear gas inhalation.

The site of Joseph’s Tomb is contentious. Palestinians believe the site to be the funerary monument to Sheikh Yousef Dweikat, a local religious figure, while Israeli settlers believe it belongs to the Biblical Patriarch Joseph.

The number of Palestinians who have been slain by Israeli army gunfire in the occupied territories since the start of 2022 reaches 224, including 53 Palestinians from the Gaza Strip.