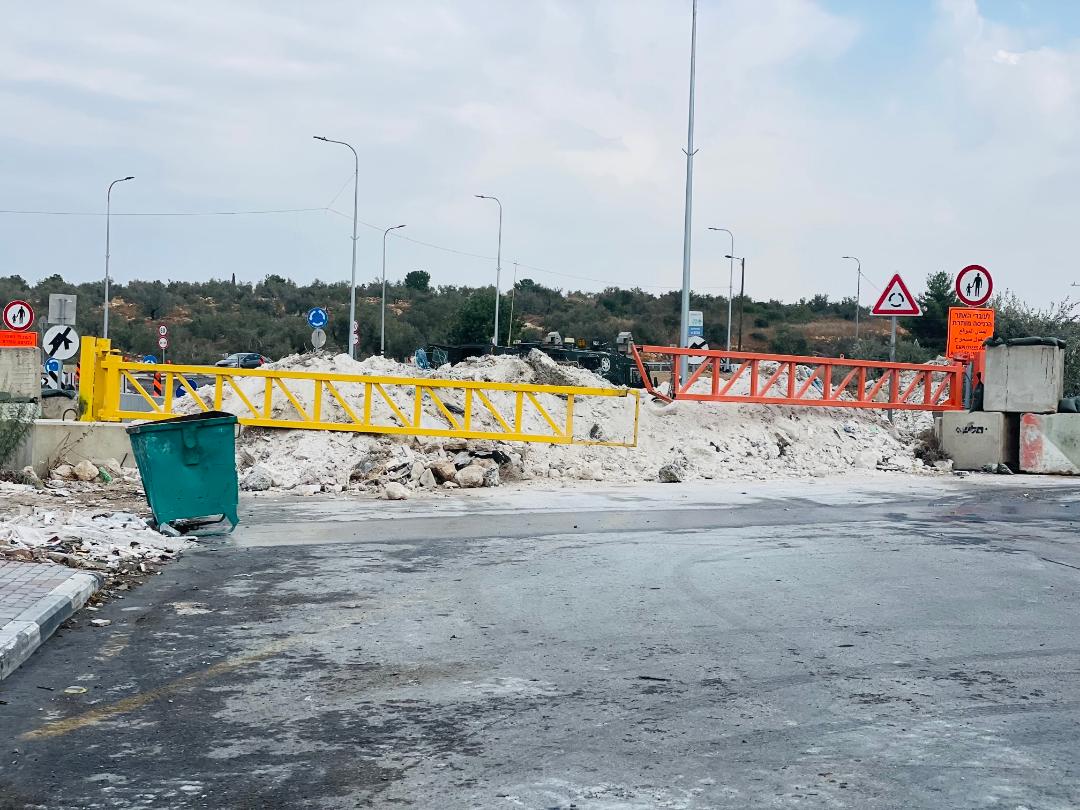 QALQILIA, Wednesday, October 26, 2022 (WAFA) – Israeli forces today blocked the main entrance to the town of Azzun, east of Qalqilia, with earth mounds, according to the mayor of Azzun Ahmad Enaya.

He told WAFA that Israeli forces placed earth mounds at the town’s main entrance, along with the metal gate which has been closed for the past two weeks.

He added that the Israeli occupation forces tighten the noose around the Palestinian residents there and force them to take alternative longer routes to reach their destinations.

According to the Israeli information center for human rights in occupied territories, B’Tselem, “Restricting movement is one of the main tools Israel employs to enforce its regime of occupation. Israel imposes restrictions on the movement of Palestinians within the West Bank, and travel between it and the Gaza Strip, into East Jerusalem, Israel, and abroad.”

“Israeli restrictions on Palestinians’ movement impose a life of constant uncertainty, making it difficult to perform everyday tasks or make plans, and frustrates the development of a stable economy,” said the center.