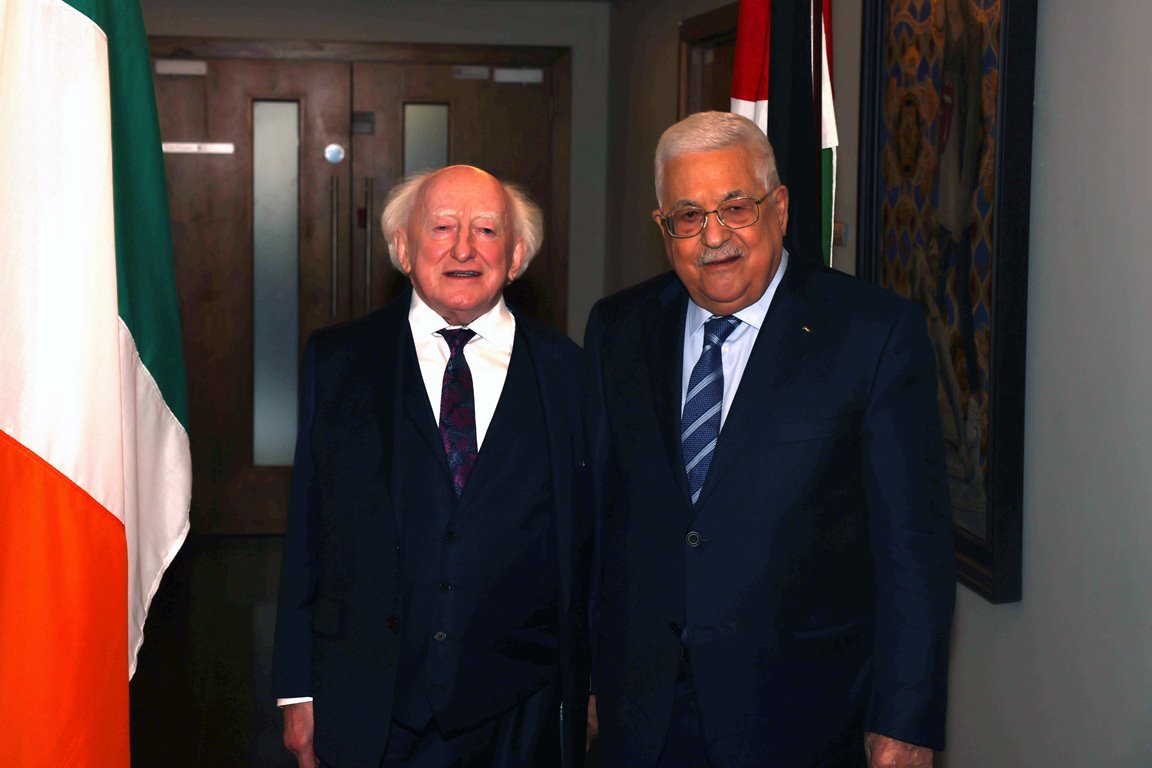 During the meeting, the President thanked the Irish leader for his country's political support of the Palestinian cause in the European Union and international forums, especially in the UN Security Council.

The President expressed his appreciation for the assistance provided by Ireland to the United Nations Relief and Works Agency for Palestine Refugees (UNRWA), as well as the undergraduate scholarships it provides to Palestinian students.

The President also welcomed any initiative by Ireland to revive the political process.

The meeting was attended by Minister of Foreign Affairs and Expatriates Riyad Al-Malki, Head of the General Intelligence Service, Major General Majid Faraj, Adviser to the President for Diplomatic Affairs Majdi Al-Khalidi, and the Ambassador of the State of Palestine to Ireland Gilan Wahba Abdul Majeed.

President Abbas also held a separate meeting with Irish Prime Minister Micheál Martin and thanked him for his country’s support of Palestine in all international forums.