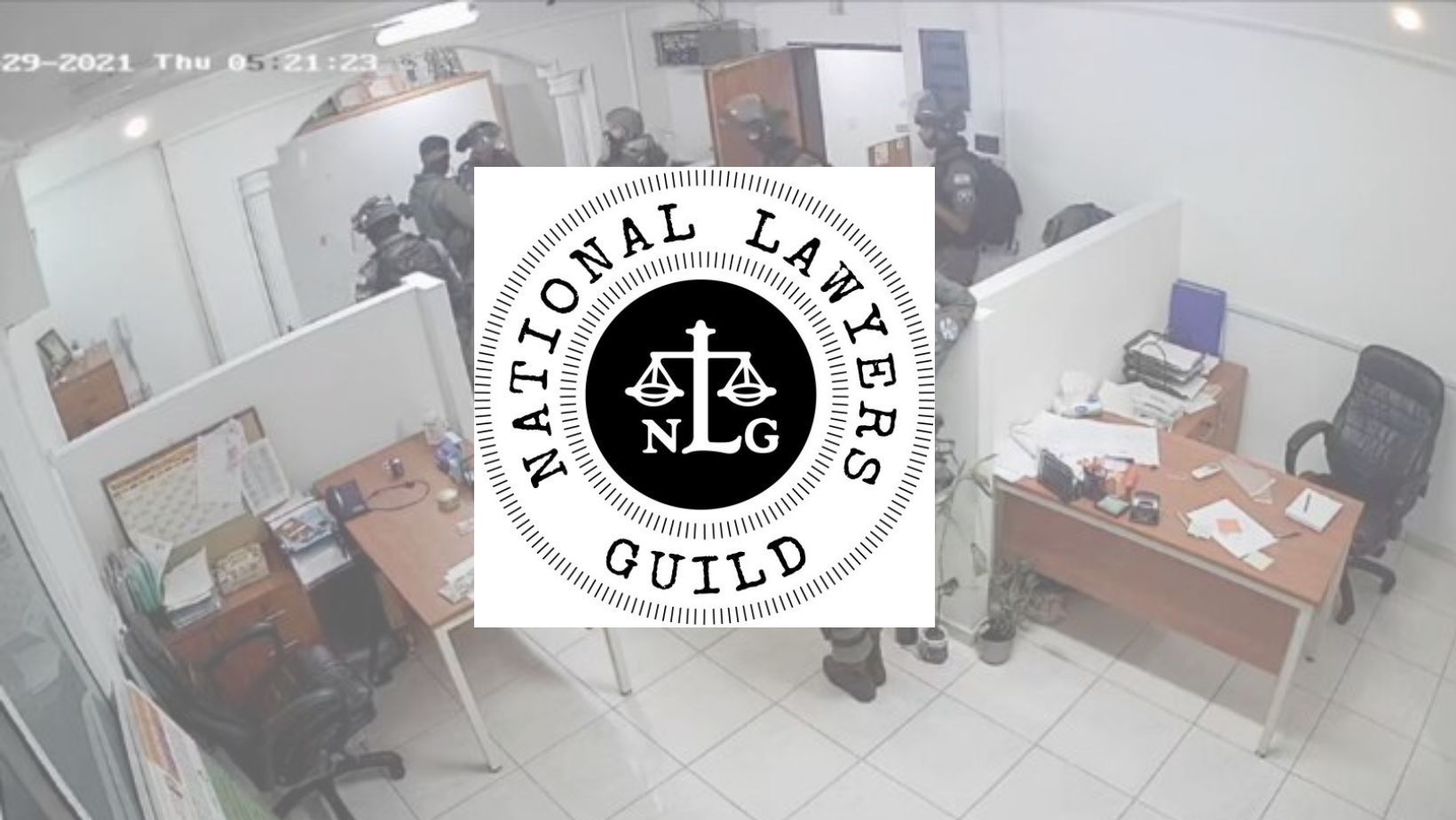 NEW YORK CITY, Wednesday, August 24, 2022 (WAFA) – National Lawyers Guild (NGL) has sent letter to the U.S. government to condemn the Israeli troops' raids on the offices of Palestinian six human rights organizations, and demand that, at minimum, Israel allow these organizations to resume their operations.

"The International Committee of the National Lawyers Guild writes to you out of serious concern for the six prominent Palestinian human rights organizations that were designated “terrorist organizations” by Israel and out of shock and dismay at their being raided and shut down by Israel on August 18, 2022. Israel’s designations were made on the basis of vague and unsubstantiated allegations and target legitimate and essential Palestinian human rights and civil society organizations.The U.S. must act immediately to stop Israel’s rapidly advancing attack on Palestinian civil society," the letter said.

"The six wrongly accused Palestinian human rights and civil society organizations which were designated on October 22, 2021 are Al-Haq, Addameer, Defense for Children International – Palestine, the Union of Agricultural Work Committees, the Bisan Center for Research and Development, and the Union of Palestinian Women Committees. These groups work to provide critical services for Palestinian women and girls, children, low-income families, prisoners, and civil society activists. Much of the work of these organizations involves monitoring and documentation of human rights violations. This work is vital given Israel’s policy of prohibiting international investigative bodies from accessing the occupied territory."

"On August 18, 2022, Israeli troops invaded the occupied Palestinian territory and raided the offices of the six organizations, confiscated materials and shut down the entrances. All of the organizations’ offices are located in Area A of the occupied West Bank- which is legally a Palestinian Authority-administered area.On August 21, 2022, Israeli authorities summoned the General Director of Al-Haq, Mr. Shawan Jabarin for interrogation at the Ofer Military Base, located near Ramallah. Mr. Jabarin was told that Al-Haq was shut down and threatened with arrest. On the same day, lawyer and General Director of Defence for Children International, Palestine (DCI-P), Mr. Khaled Quzmar was summoned for interrogation at the Ofer military base by a Shin Beta agent. Mr. Quzmar was not allowed to have legal counsel accompany him," the letter added.

"Israel’s blatant attack on human rights work does not reflect our country’s stated stance. The National Lawyers Guild echoes the EU’s statement that “A free and strong civil society is indispensable for promoting democratic values…” We urge the State Department to follow the EU’s lead and utterly and unequivocally condemn Israel’s baseless designations as being unsubstantiated and insist that Israel, at a minimum, allow these organizations to re-open and continue their vital work."

"The U.S. must act now before Israel further escalates the attack on these six Palestinian organizations, such as by arresting their committed staff. Expressions of concern have not changed Israeli behavior. The State Department must make clear to Israel that failure to cease these activities will result in consequences," the letter concluded.