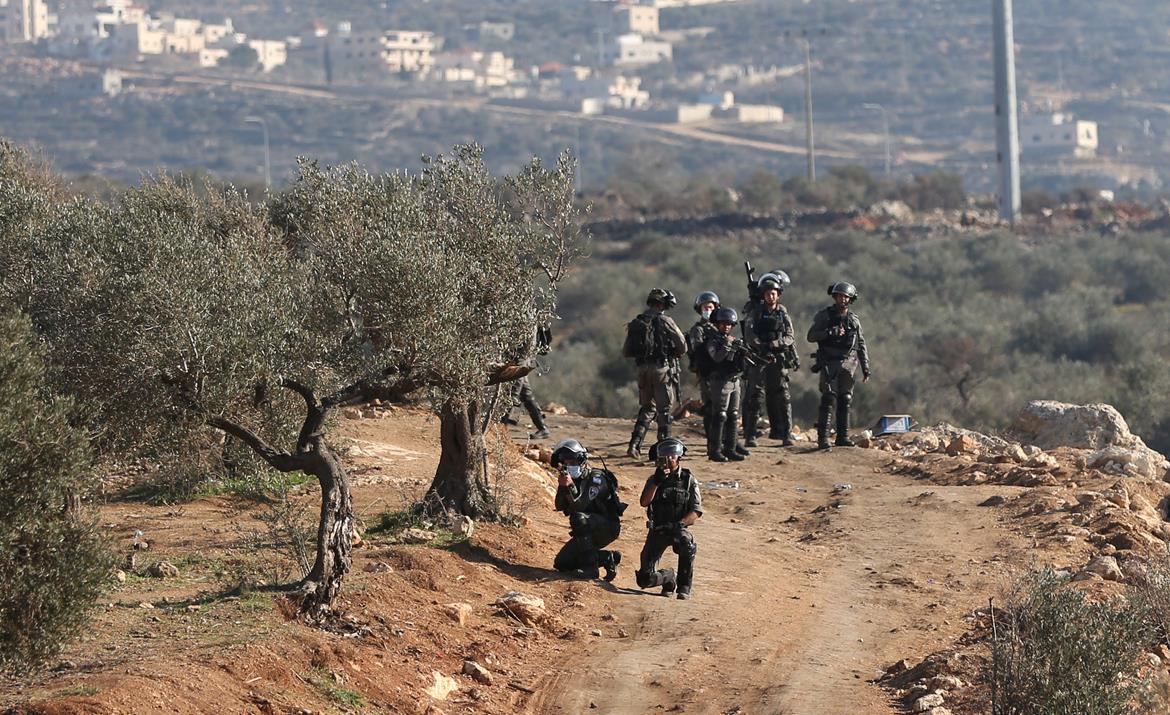 NABLUS, Friday, February 11, 2022 (WAFA) – At least 22 Palestinians were injured today by the Israeli occupation army while many others suffocated from teargas during the weekly clashes in the villages of Beita, Beit Dajan and Kafr Qaddum in the north of the occupied West Bank, according to local sources.

In Kafr Qaddum, 10 Palestinian civilians were injured, including a 13-year-old child, by rubber-coated rounds as Israeli occupation soldiers attacked the weekly anti-occupation protest in the village.

The child was reportedly hit by a rubber-coated round, and was rushed to a hospital where his condition was described as stable.

Israeli soldiers also brutally attacked four journalists while covering the clashes in Beita, and one of them was hospitalized with injuries from beating.

Meantime, eight Palestinians were injured by Israeli rubber-coated rounds during clashes with the Israeli occupation army in the village of Beit Dajan. Many cases of teargas inhalation were also reported.

For nearly nine months, Palestinians from Beita and neighboring villages have been holding almost daily protests against Israel’s construction of an illegal settlement outpost, Evaytar, on Jabal Sabih mount which is adjacent to the village.

Several Palestinian protesters have been killed and dozens wounded by Israeli occupation forces during recurrent clashes over the reported period.

In July, Israeli settlers evacuated the illegal outpost under an agreement with the Israeli government that will allow for the outpost to remain intact and under permanent supervision of the Israeli occupation army, despite its unauthorized construction.