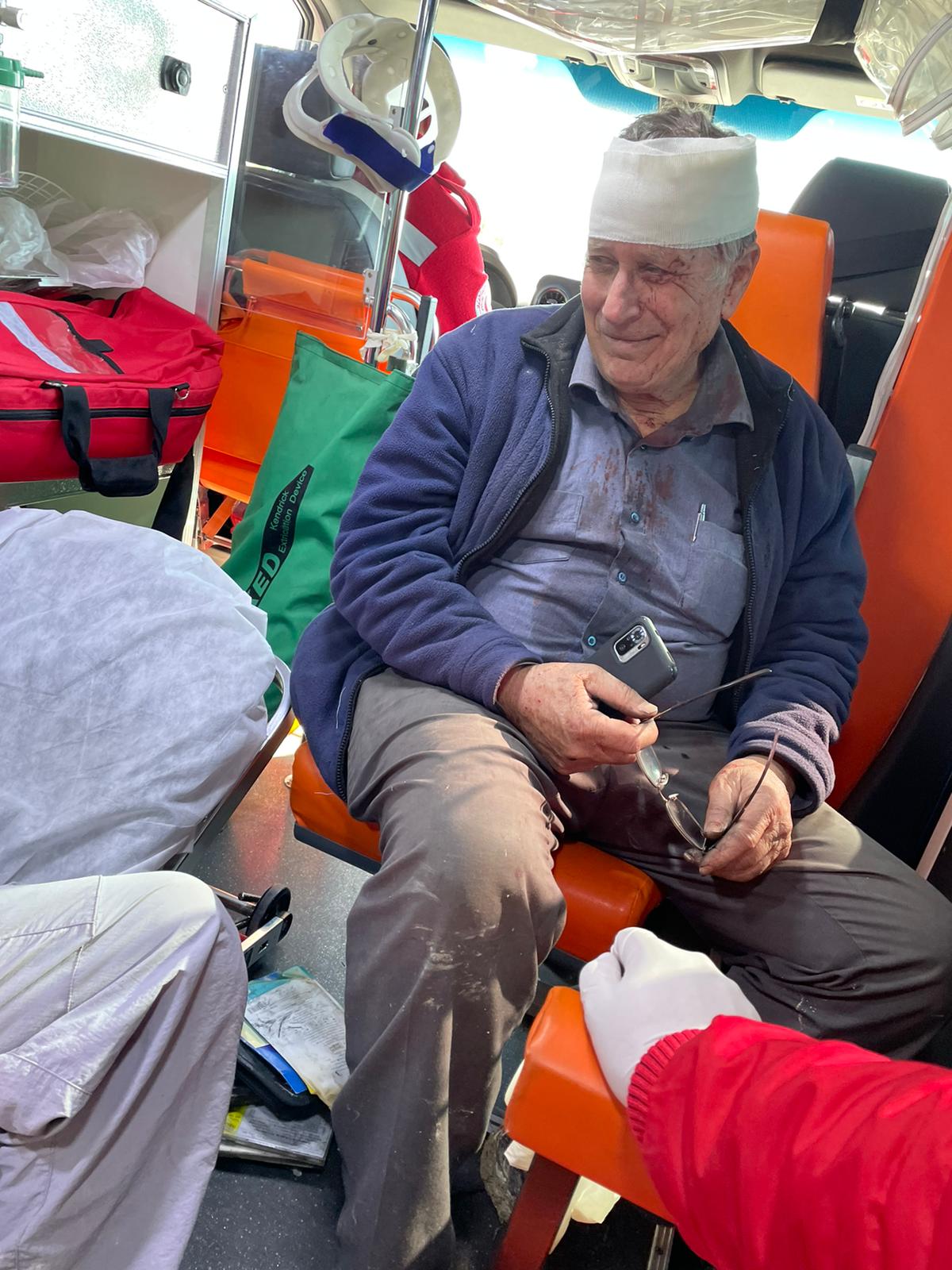 Ghassan Daghlas, who monitors Israeli colonial settlement activities in the northern West Bank, said that a group of masked settlers from a nearby colonial settlement arrived to an olive grove and physically attacked Rabbis for Human Rights (RHR) volunteers working with the villagers, inflicting fractures and cuts across the bodies of eight of them.

The assailants set fire to a volunteer’s vehicle and smashed the windshields of another’s.

Meanhile, RHR slammed that attack in a press release as an incident of “Jewish terror” against Palestinians.

“Video footage of the incident shows the attackers descending towards the grove from the nearby hill, with clubs, tools and gasoline they can be seen setting a car ablaze and beating the activists and farmers from the West Bank village of Burin,” RHR said.

“The settler violence has become a real mark of Cain on the forehead of Israeli society. Their violence directed first of all at Palestinians and to anyone who refuses to accept their version of messianic Jewish superiority that they seek to impose,” RHR Executive Director, Avi Dabush, said.

He slammed the Israeli government’s inaction to hold perpetrators accountable.

“It is unfortunate to see how time and time again the ]Israeli[ authorities, and in particular the policymakers, demonstrate helplessness in the face of these Jewish terrorists who, in the name of G-d, commit such serious crimes.”

He called on the Israeli authorities to “act now to bring these terrorists to justice and to do everything possible to put an end to these terrorist organizations.”

Burin town has been the scene of frequent settler attacks, including cutting down fully grown olive trees, setting fire to fields and crops, stealing the olive harvest, attacking olive harvesters and foreign volunteers, and hurling Molotov Cocktails toward houses in the town.