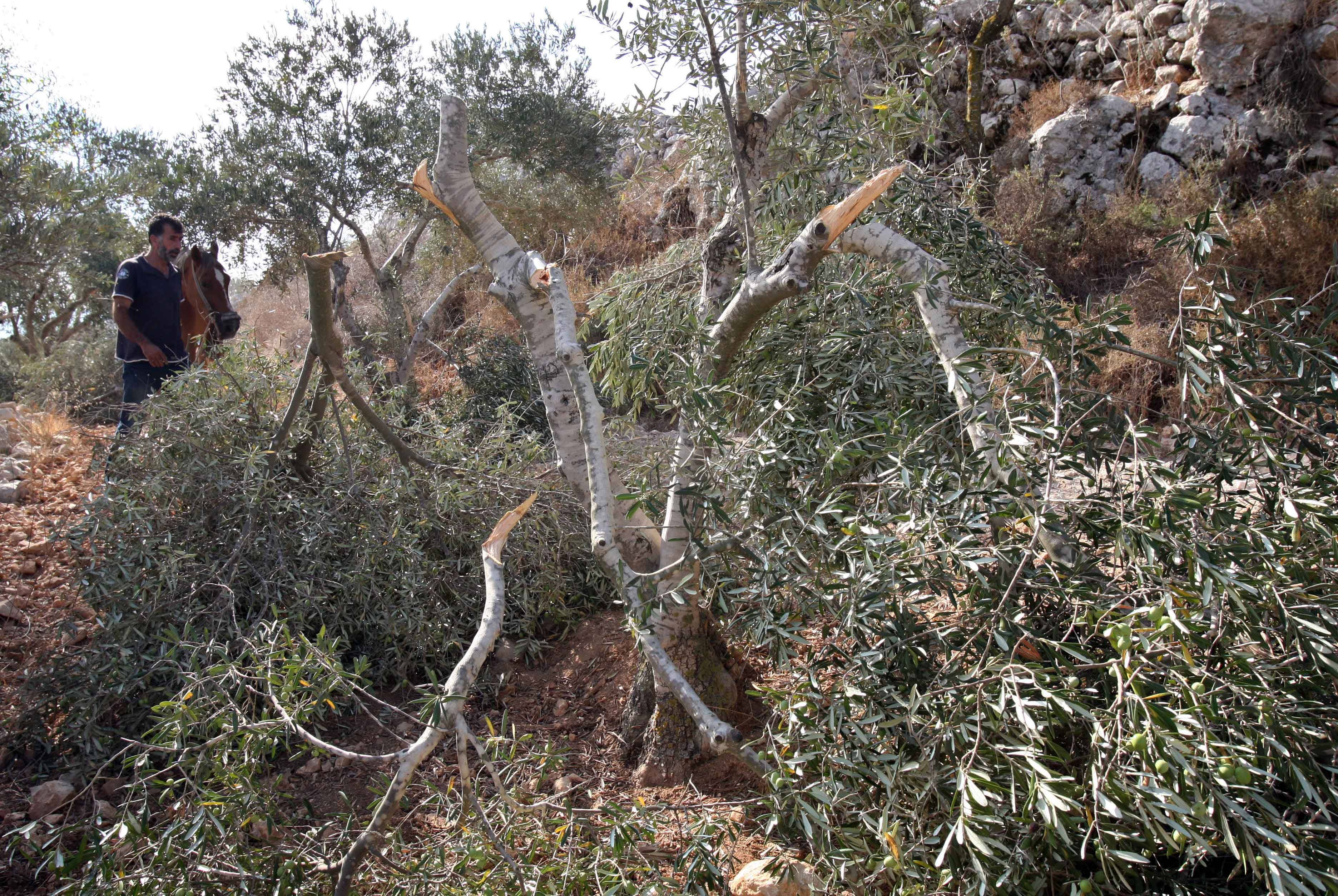 Ghassan Daghlas, who monitors Israeli colonial settlement activities in the northern West Bank, said that settlers broke into a tract of land known as al-Harayek, which belongs to Abdul-Rahim, Abdul-Hamid and Ghazi Antari, all villagers of Deir Sharaf, and chopped down some 300 olive saplings.

He added that this was not the first time for the Antaris’ olive grove to be chopped down as settlers had destroyed some 600 saplings almost a month ago.

Dozens suffocate as Israeli forces crackdown on students in Hebron