UN Human Rights Office on the Israeli aggression on Gaza: Accountability is key to preventing recurrence 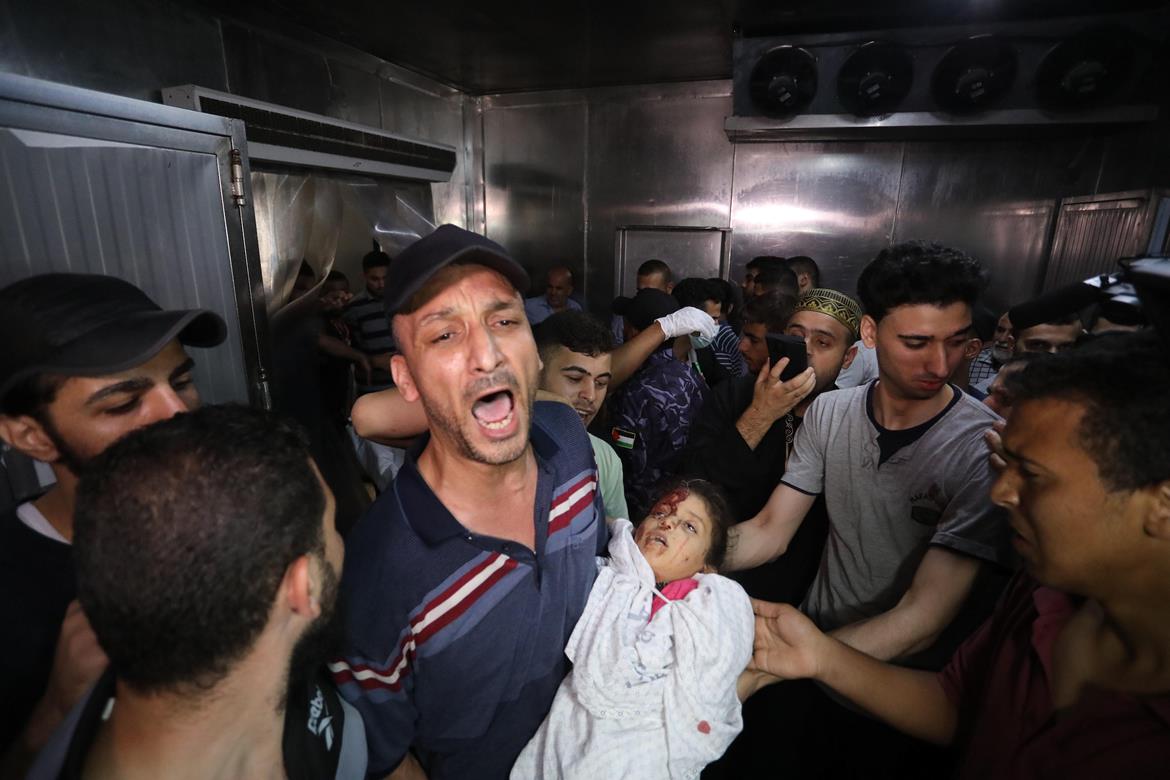 A 5-year-old girl killed in the Israeli attacks on the Gaza Strip. (WAFA Images)

RAMALLAH, Tuesday, August 9, 2022 (WAFA) – Reacting to the large death and injury toll, mainly among children, and the heavy destruction caused by three days of Israeli airstrikes on the besieged Gaza Strip that started on Friday, the United Nations Human Rights Office in the occupied Palestinian territory said it deplores the civilian casualties and damage to civilian objects, stressing that accountability is key to preventing recurrence of the aggression.

The Human Rights Office said in a statement it has verified that among the 46 Palestinians killed in the latest escalation in the Gaza Strip, at least 20 were civilians, including 16 children and four women,   and that of the 360 Palestinians reported injured, nearly two-thirds are civilians, including 151 children, 58 women and 19 older persons. In a number of incidents, children were the majority of casualties, it said.

It called for “prompt, independent, impartial, thorough and transparent investigations to be conducted into all incidents where civilians were killed or injured,” stressing, “An almost total lack of accountability persists for violations of international humanitarian law by all parties in previous escalations, and for recurring and ongoing Israeli violations of the law of occupation across the occupied Palestinian territory. This is one of the drivers of repeated escalations in hostilities and encourages the recurrence of violations.”

The Human Rights Office added: “Despite easing of the Israeli restrictions on the entry of critical goods, fuel, humanitarian personnel and exit of patients, the new emergency needs resulting from this most recent escalation come on top of the extremely high humanitarian needs of Gaza’s population resulting from the 15 years of blockade and closures, as well as the devastating escalation just over one year ago. The United Nations Human Rights Office calls on Israel to address ongoing drivers of violations, including the blockade which the UN Human Rights Committee has affirmed constitutes collective punishment of the entire civilian population of Gaza.”