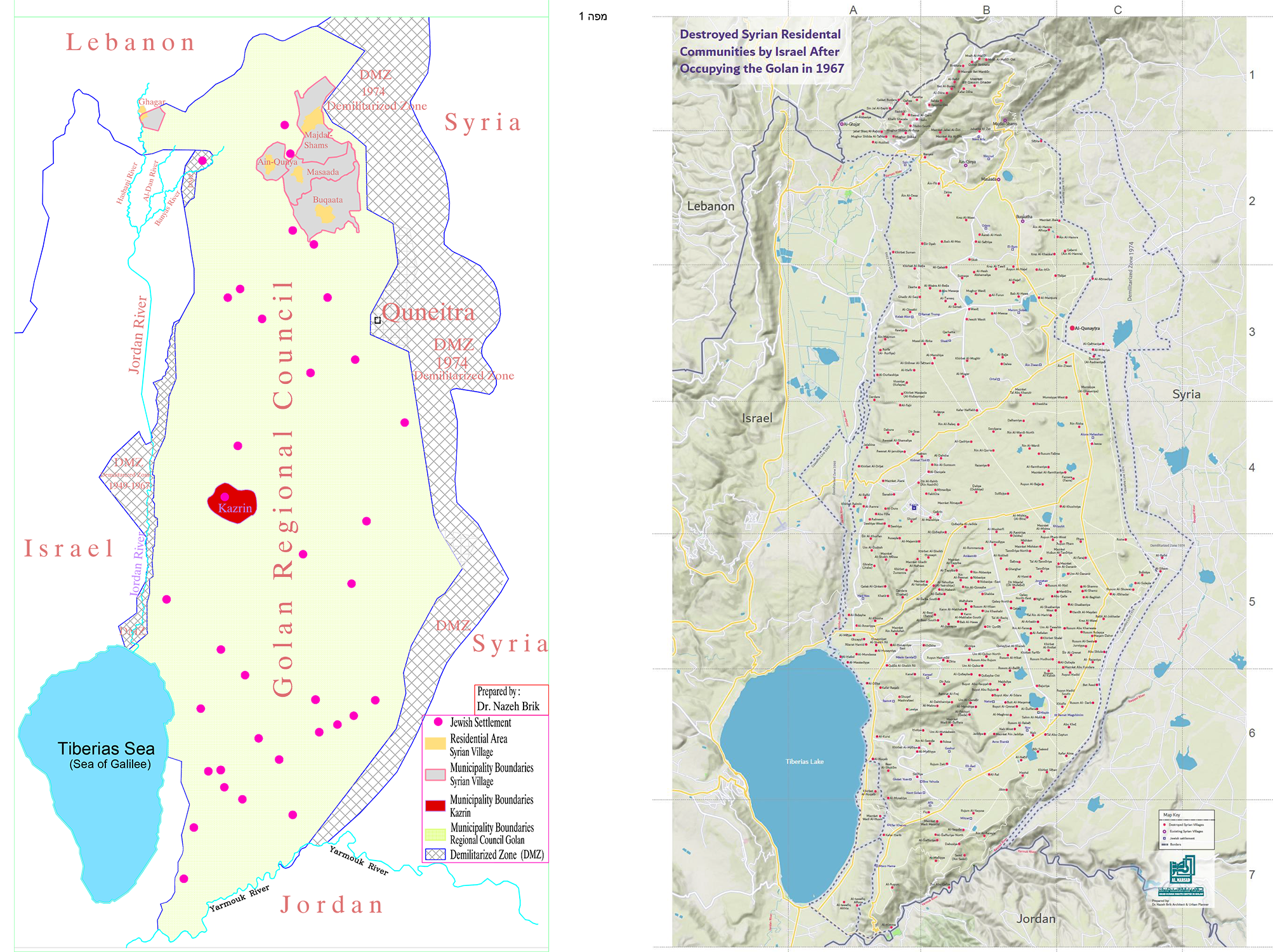 HAIFA, Wednesday, January 5, 2022 (WAFA0 - On 26 December 2021, the Israeli government approved a plan estimated at $1 billion Israeli shekels (around $317 million) to promote Jewish Israeli "demographic growth" in the Occupied Golan for the years 2022-2025.

In response, on 3 January 2022, Adalah – The Legal Center for Arab Minority Rights in Israel and Al-Marsad – Arab Human Rights Centre in Golan Heights sent a letter to Attorney General (AG) Avichai Mandelblit and Prime Minister Naftali Bennett demanding the plan's cancellation on the grounds that the decision constitutes a blatant violation of international law, which applies to the Golan Heights as an occupied territory.

The goal of the plan is to double the Jewish Israeli settler population of the Golan within five years, by adding 23,000 inhabitants and constructing additional 7,300 housing units. To this end, the plan seeks to speed up the planned establishment of two new settlements and to relocate or construct factories to create jobs for the new residents.

The plan also aims to develop and strengthen the agricultural sector in the Golan Regional Council and promote the adoption of a comprehensive master plan for Katzrin ("Qatzrin" – the largest Israeli settlement in the Golan), aiming to increase its population alone by 50,000 residents over the next 20 years, by 2040.

As Adalah and Al-Marsad argued, this plan will further seize or plunder the land belonging to Syrian residents of the Golan and the refugees who were expelled from it, currently estimated at half a million people.

An estimated 95% of the Golan Heights is currently within the jurisdiction of the settlements' localities, whose residents constitute only 50% of the inhabitants of the Golan Heights. This led to land shortages and a developmental crisis for the 28,000 people residing in the five Syrian Arab localities that survived the war. This group is limited now to only about 5% of the area (about 56 square kilometers).

Additionally, these extremely limited areas are also subject to many restrictions: of the 56 square kilometers, 11 square meters have been classified as nature reserves in addition to lands allocated to the wind turbine plan. The Israeli Jewish settlements' localities control the lands of 341 Syrian villages whose inhabitants were expelled in 1967. The implementation of the government's plan will lead to the further use of those lands solely for the benefit of Israeli Jewish settlers, which constitutes a blatant violation of international law.

In the letter, the human rights organizations argued that Israel's unilateral annexation of the Golan Heights and the application of Israeli law to these territories, as well as the recognition by the administration of former US President Donald Trump of Israeli "sovereignty" over them, do not change their status as an occupied territory.

The UN Security Council in resolution 497, adopted unanimously in 1981, firmly rejected Israel's annexation of the Golan Heights and declared it as null and void and without international legal effect. Thus, international humanitarian law (IHL) applies to the occupied Golan Heights.

The government's plan is contrary to international law as it entails the expropriation of occupied property for reasons other than military necessity and the transfer of the occupying state's population into the occupied territory, said the two organizations.

Therefore, Adalah and Al-Marsad further believe that these acts also amount to war crimes under the Rome Statute of the International Criminal Court. Moreover, its implementation will lead to the creation of new facts on the ground that will prevent Syrian Golan residents from freely enjoying their natural resources.

Thus, the human rights organizations demanded that the Prime Minister and the AG work towards canceling the plan.

Adalah Attorney Suhad Bishara stated: "The extensive and growing violation of the rights of the Syrian residents of the Golan is an illegitimate act that blatantly violates international law. Attempts to normalize the occupation of the Syrian Golan have no validity in international law and the status of the Golan Heights remains occupied territory."

Al-Marsad Attorney Karama Abu Saleh added: "The expansion of settlements in the Golan Heights not only violates the rules of IHL and human rights law but also deepens the discriminatory reality against the natives concerning their rights to use natural resources.

This exacerbates the situation whereby settlers have privileges in receiving budgets and access to natural resources, while the natives are suffering from land shortages and other crises."