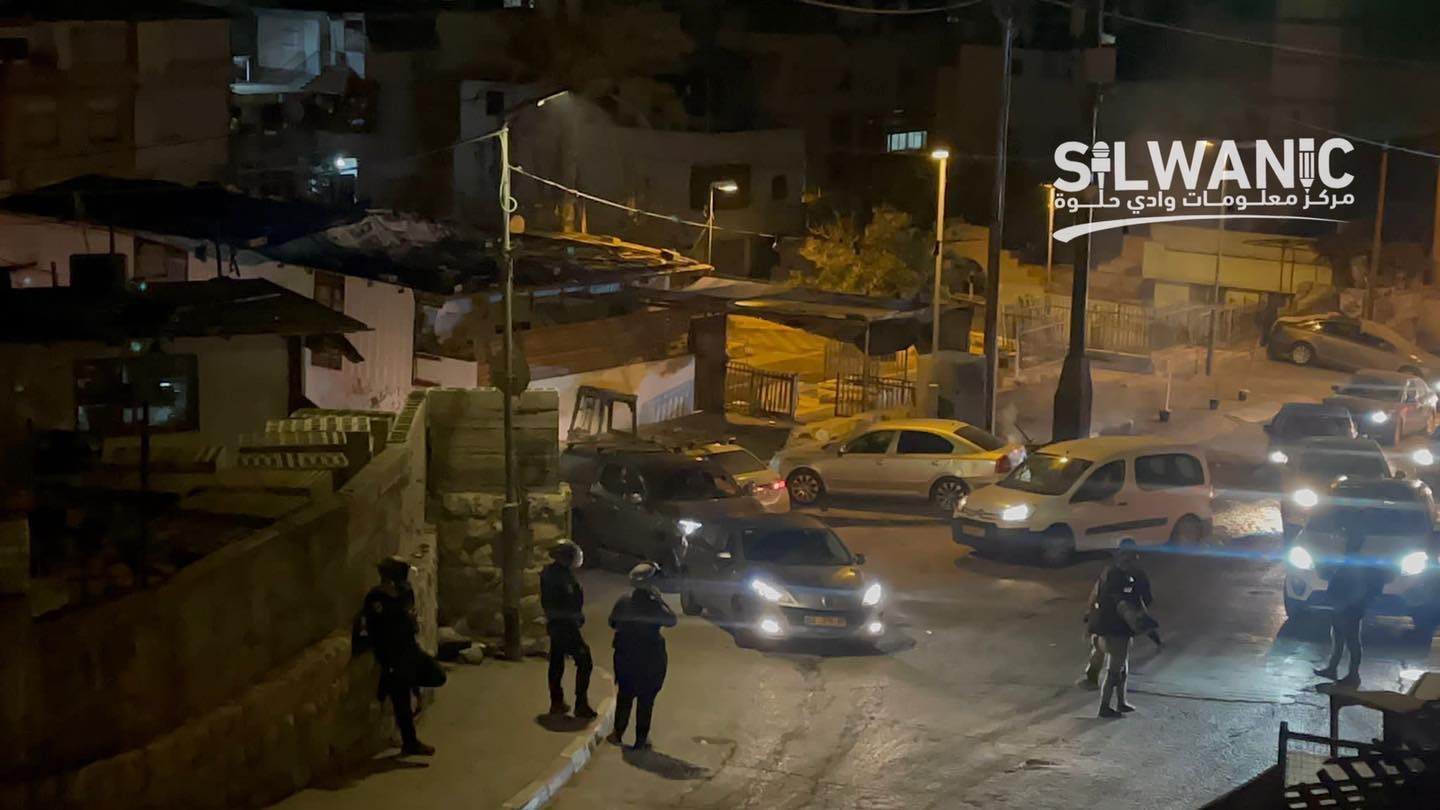 RAMALLAH, Thursday, November 25, 2021 (WAFA) – Israeli forces Thursday overnight and Wednesday late night detained 24 Palestinians and injured another in multiple raids across the West Bank, according to local and security sources.

They confirmed that heavily-armed Israeli police rounded up 14 Palestinians and ransacked several houses in Issawiya, which lies on the eastern slopes of Jerusalem.

Police blocked the main artery of the already congested neighborhood and opened indiscriminate fire towards local youths, as confirmed by the Wadi Hilweh Information Center.

Still in Jerusalem, Israeli forces detained two others after ransacking their family house in the densely-populated refugee camp of Qalandia, north of Jerusalem.

The detainees were identified as the sons of Rubin ‘Abd al-Rahman Zayed, a 34-year-old employee of UNRWA.

‘Abd al-Rahman Zayed was killed by live ammunition in the chest by Israeli troops during an arrest raid on August 26, 2013, prompting Amnesty International, among other human rights organizations, to condemn the killing as “an extrajudicial execution in violation of international law” and call for an impartial and independent investigation into the incident.

In Bethlehem district, soldiers brutally assaulted a 17-year-old teen close to the colonial settlement of Maale Emmaus, encroaching upon the land of Kisan village, east of the city.

The casualty was rushed to a hospital in Beit Jala city for urgent treatment.

In the northern West Bank, soldiers re-arrested another former prisoner after storming his family house in Tubas city.

During the ensuing confrontations, the soldiers shot a young man by live ammunition in the knee, injuring him. The casualty was rushed to a hospital, where medics described his condition as moderate.

In Jenin district, Israeli soldiers showed up at a house in Silat al-Harithiya town, west of the city, where they detained another.

Meanwhile, soldiers forcibly entered a house in the western part of Nablus city, and detained another.

They rounded up another after ransacking his family house in ’Asira al-Qibliya village, southwest of the city.