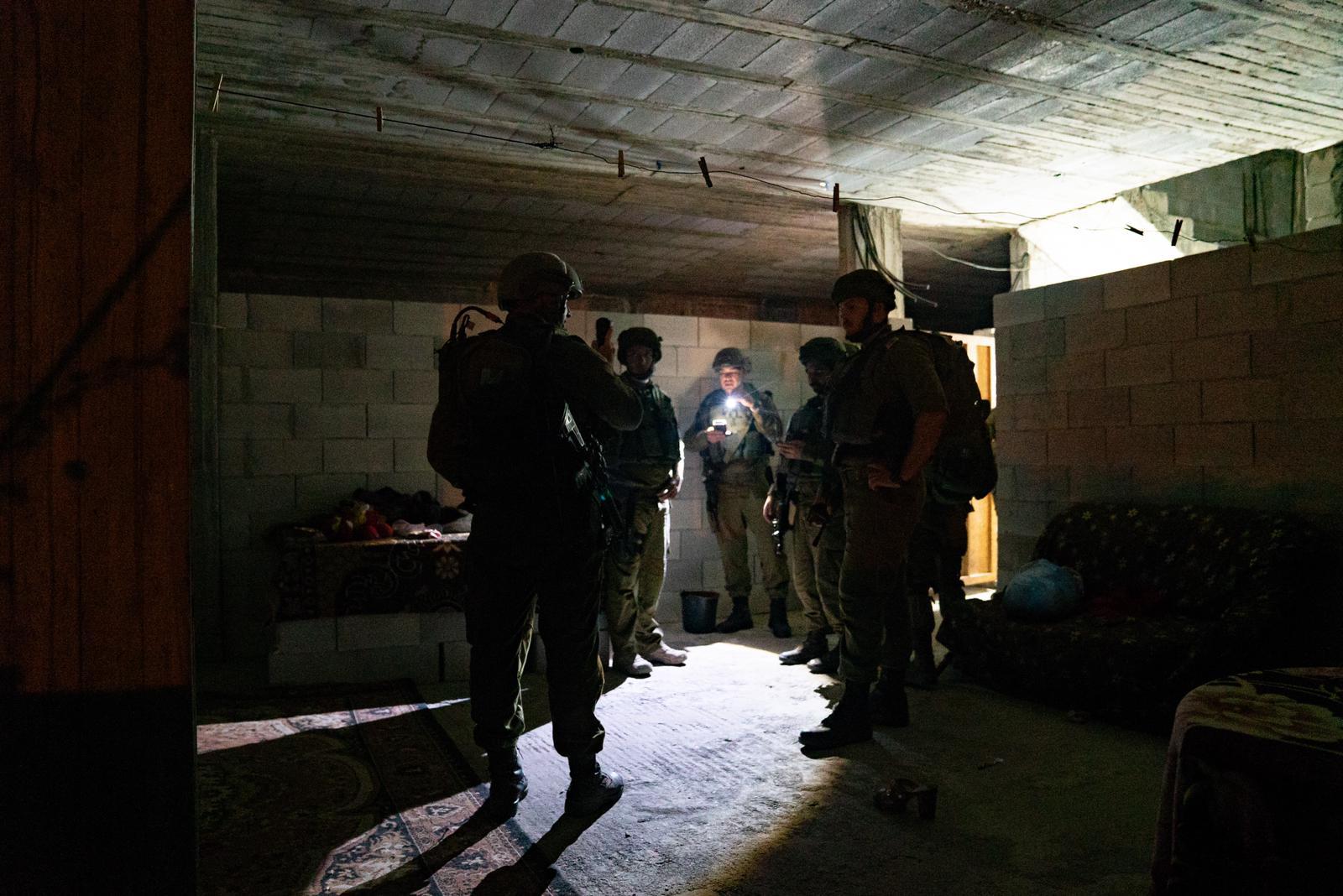 Israeli soldiers taking measurements of the Dweikat house in the village of Rojib in preparation to demolish it.

NABLUS, Thursday, August 27, 2020 (WAFA) – Israeli occupation forces raided early this morning the northern West Bank village of Rojib, east of Nablus, and took measurements of the house of Khalil Dweikat in preparation to demolish it a day after accusing Dweikat of stabbing and killing an Israeli man.

Khalil’s brother, Khaled Dweikat, told WAFA correspondent that the soldiers raided his brother’s house and interrogated his family before taking measurements of the two-story house where Khalil, his wife and six children live – a process that often leads to the demolition of the house as a part of Israel’s collective punishment policy against the Palestinian people under its occupation.

Khaled said his family does not know anything about his brother, Khalil, after he was arrested on allegation of stabbing and killing an Israeli yesterday in the northern Israeli town of Petah Tiqwa.