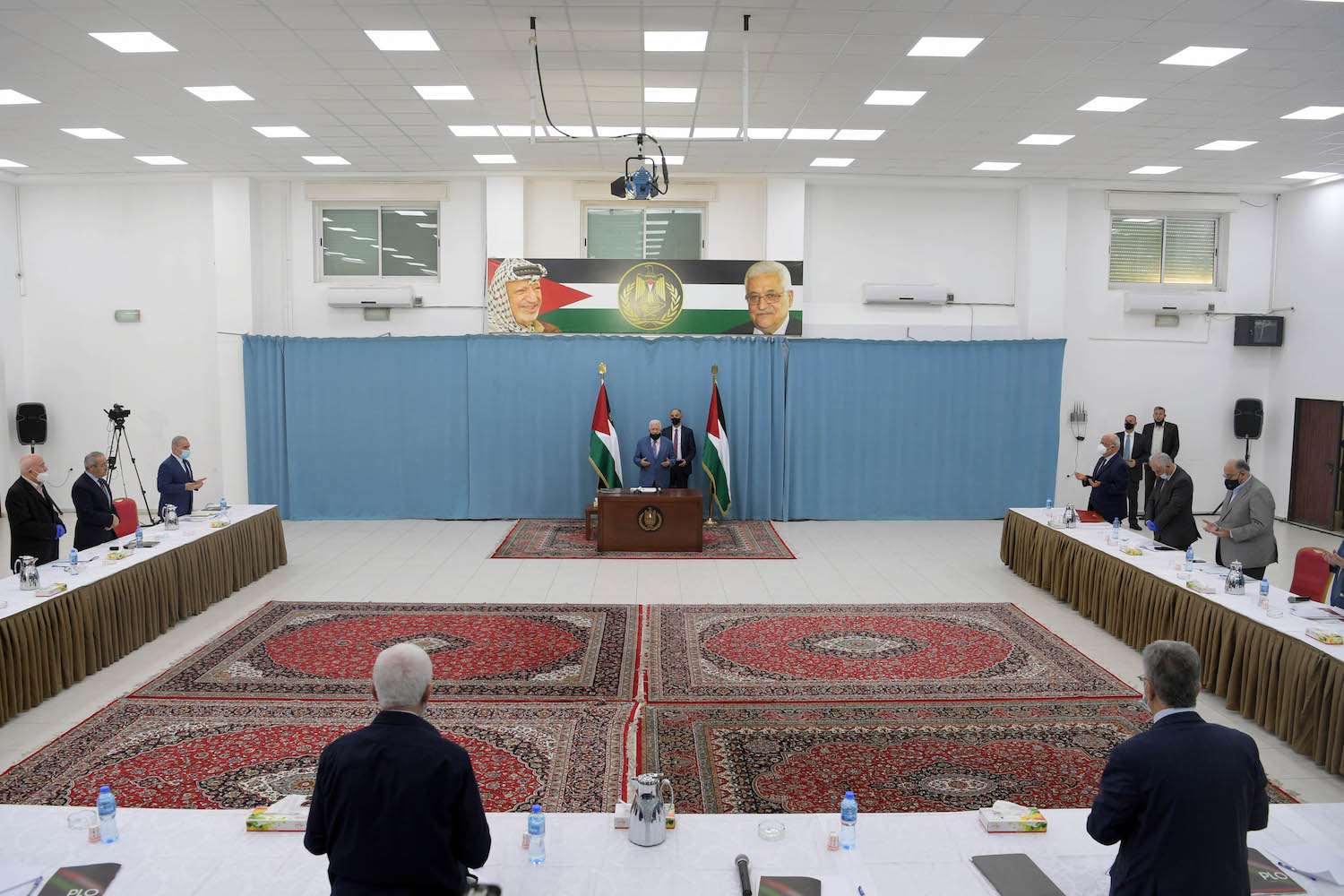 RAMALLAH, Thursday, August 06, 2020 (WAFA) – President Mahmoud Abbas chaired today a meeting of the Executive Committee of the Palestine Liberation Organization (PLO) in Ramallah, in the central West Bank, during which a variety of political files were discussed.

The meeting discussed the latest political developments in the region, on top of which the Palestinian struggle against the Israeli annexation plan and the US-led "deal of the century", which aim at liquidating the Palestinian cause, the national project, the Palestinian right to self-determination and statehood, and the right of return of the Palestinian refugees.

During the meeting, President Abbas told the PLO Executive Committee that latest talks with Arab leaders, Russia, China, the EU countries, Indonesia, Turkey, Switzerland, South Africa, Norway, Britain, the African Union, the Non-Aligned Movement and other international parties, have paved the way for an international coalition against apartheid and illegal annexation. He said this coalition would live up to the inalienable rights of the Palestinian people to statehood and independence, as per the UN General Assembly Resolution 194.

Meanwhile, the PLO Executive Committee affirmed its commitment to the decisions announced by President Mahmoud Abbas on May 19, 2020 on ending all the agreements and understandings with the US administration and the Israeli occupation.

The Executive Committee affirmed that in the event that Israel, the Occupying Power, carries out any annexation of Palestinian land in any way, it must assume all its responsibilities in accordance with the Fourth Geneva Convention of 1949.

The PLO Executive Committee also discussed other files, including the issue of the Palestinian refugees in Lebanon and ways to uphold their wellbeing and steadfastness.