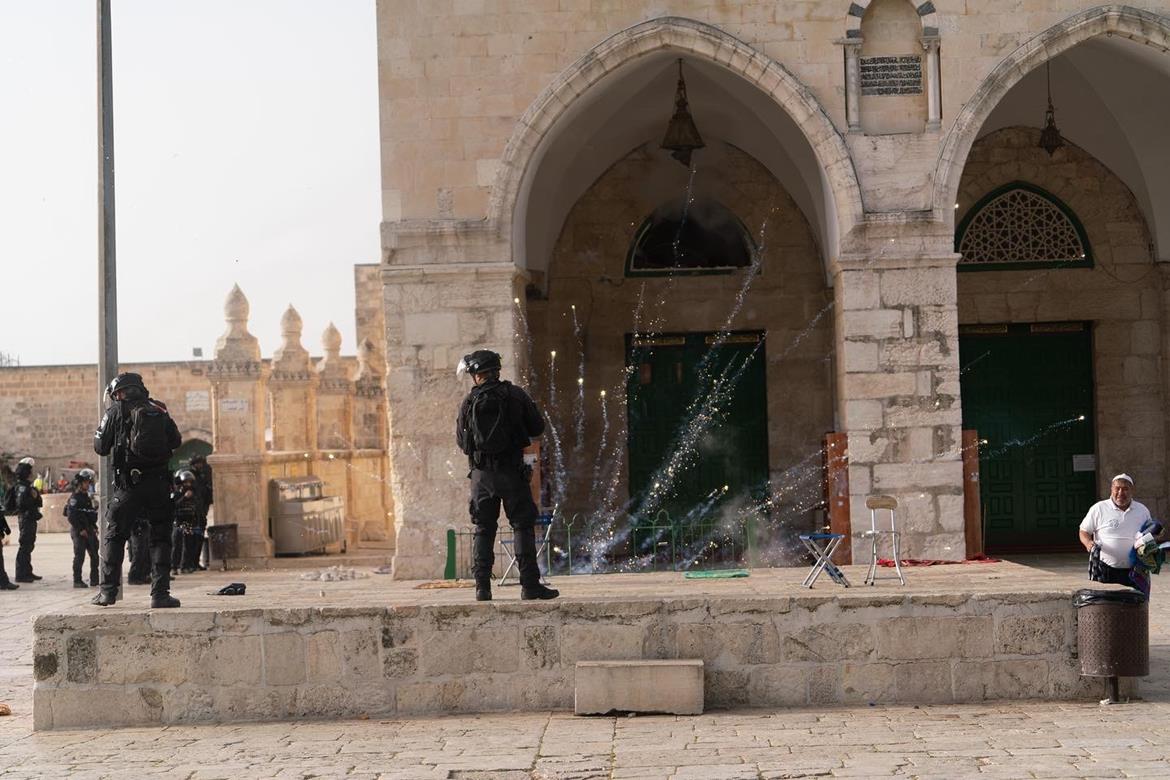 She said that heavily-armed police stormed the mosque compound via the heavily-guarded Bab al-Maghariba Gate, occupied the rooftops of several buildings and fired rubber-coated steel bullets, stun grenades and tear gas canisters towards the worshippers, injuring 42.

The Palestinian Red Crescent said that its medics provided treatment to 42 people, mostly with upper-body injuries, and transferred 22 of them to al-Makassed Hospital.

It confirmed that police initially denied medics access into the compound and brutally assaulted a medic, inflicting bruises across his body.

The Israeli occupation authorities have beefed up police deployments in Jerusalem with some 3,000 officers ahead of Ramadan’s last Friday prayers.

Police have tightened restrictions on Palestinians flocking from the West Bank into Jerusalem via the checkpoints, including the permanently-staffed Qalandia and Checkpoint 300, north and south of the occupied city, to offer their last Friday prayers of the holy month.

The past Fridays of Ramadan saw violent confrontations between Palestinians and police reminiscent to the 2021 Ramadan tensions and May violence over Israeli settler takeover of Palestinian property in Sheikh Jarrah and encroachments upon the mosque compound, culminating in Israeli onslaught on Gaza and large-scale protests among Palestinian citizens of Israel.