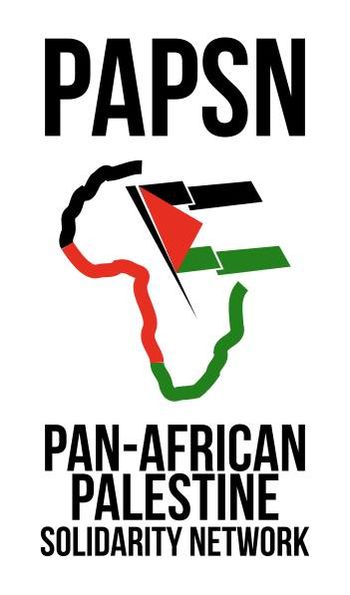 The Pan-African Palestine Solidarity Network (PASN) said in a communiqué that the delegates from 21 African countries deliberated and reflected on building a continent-wide solidarity movement with the Palestinian people, and reaffirmed their commitment to the Palestinian struggle.

They said that Israel’s accreditation to the 55-member bloc “follows increasing military cooperation between Israel and some African regimes whose arms purchases finance Israel's genocidal practices against Palestinians and fuel repression and wars in Africa. Israeli sales of military hardware and surveillance and security technologies such as Pegasus spyware to various African governments undermine democracy and the rights of the people of our continent.”

Addressing claims that Israel is helping Africa with agricultural projects, the attendees said: “Israel attempts to whitewash its apartheid crimes by selling irrigation equipment and agricultural technology to African countries. In fact, these projects are not sustainable and are destructive to local communities.”

They also discussed “the disturbing influence of Christian Zionism in Africa, which seeks to provide theological justification for Israel's apartheid crimes.”

As part of their efforts to strengthen PASN, they pledged to help build a Boycott, Divestment and Sanctions (BDS) campaign, ensure that Africa becomes an apartheid-free zone, and committed to countering Israel's 'hasbara' (state propaganda) machinery and its exploitation of theories of Christian Zionism to justify its apartheid and colonization practices.

They demanded African governments, the regional economic communities and the African Union (AU) to revoke Israel's accreditation to the AU, recognize Israel as an apartheid state and press the UN to investigate Israel's apartheid practices and reactivate its anti-apartheid mechanisms, immediately end the purchase of all Israeli military and surveillance technology, end agro-industrial and water projects with Israeli companies, end diplomatic relations with Israel, and thus pave the way for Israel's isolation from the world, just as apartheid South Africa was isolated.

“We are convinced that we, Africans, can never enjoy the fruits of our liberation until the Palestinian people are also liberated from racism, apartheid and Israel's colonial occupation,” they concluded.